Smartphone maker ZTE has revealed a new in-display 3D Face Unlock system as part of a second-generation selfie camera that allows for the dispensing of a display cutout.

During the currently-ongoing MWC Shanghai event, the company unveiled the successor to the tech that appeared within the ZTE Axon 20. This was the first mass produced phone to boast the under-display selfie camera.

The updated tech promises major improvements over the original, which impressed on paper, but struggled in practice. Reviewers noted a hazy effect appearing above the selfie camera and the clear visibility of the camera within the display. Image quality was also substandard.

However, the second generation tech offers an improved pixel density over the camera itself, even if there’s no precise word on an upgrade to the camera quality.

In a translated post on Weibo (via Android Authority), ZTE says the “display pixels of the under-screen camera have been increased from the first-generation 200ppi to 400ppi,” which it says makes the display appear more consistent. The display itself has been boosted from 90Hz to 120Hz too.

In Shangai, the company also claimed to be the first to use 3D structured light technology for under-screen camera phones. Apple uses the technique for its Face ID technology, which still sits within a rather sizeable notch. 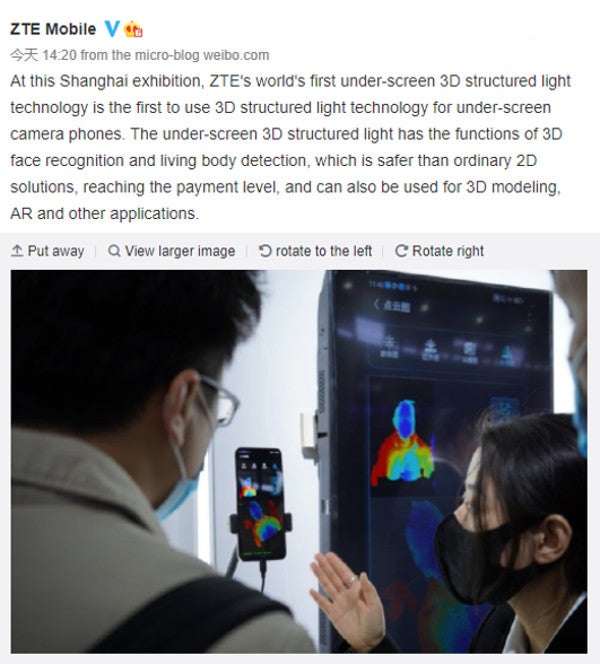 “The under-screen 3D structured light has the functions of 3D face recognitions and living body detection,” the company says in the translated post. This would provide a safer-than-2D tech suited to authenticating payments and augmented reality.

The company did not announce a smartphone it intends to debut the new under-display camera within. However, the ZTE Axon 20 – featuring the first-gen tech – only arrived last autumn, so it may be a while before the next flagship comes to market, in 2021 or beyond.

Is the under-display camera tech the key to finally ditching the notch or cut-out displays? Or do you prefer the pop-up method? Let us know @trustedreviews on Twitter.

Splatoon 2 has been updated to version 5.4.0 – My Nintendo News

Paramount+ will cost $4.99 per month with ads – TechCrunch