Xiaomi has finally given us more details about the global rollout of its brand-new Xiaomi Mi 11 flagship device. Here’s everything we know so far, including how it differs from the Chinese version previously announced.

Unveiled at the end of 2020, the Xiaomi Mi 11 was the first official device to come packing the top-end Qualcomm Snapdragon 888 and it made quite the splash thanks to some impressive pricing and a selection of high-end tech packed inside.

Even though we’ve now seen more Snapdragon 888 devices in the form of the US version of the Samsung Galaxy S21, we’re still eager to see how the new chipset performs in lots of other phones.

We’re now learning a little more about the global rollout of this very tempting sounding device and there are some minor differences with this version of the device when compared to the Chinese model. However, we’re still very much in the dark when it comes to UK pricing and solid release date.

Could this be one of the best Android phones of the year? Here’s what we know so far.

Originally beating the Samsung Galaxy S21 Ultra to the punch, the Xiaomi Mi 11 was the first device announced with Qualcomm’s flagship Snapdragon 888 chipset.

This is a technically impressive 5nm chipset with a built-in 5G modem and it should be one of the top-performing chips in 2021, along with the A14 from Apple and Huawei’s Kirin. The new chipset should not only give you visible improvements in CPU and gaming thanks to a new GPU, but also improvements to the camera performance and battery life. Of course, we’ll test these benefits out when we get the phone in for review.

Alongside that flagship processor comes 8GB of RAM (down from 12GB in the Chinese model) supported by 128 or 256GB of storage. There is dual SIM support along with a clever in-display fingerprint sensor that actually doubles as a heart-rate monitor. We haven’t really seen a feature like this on a phone since earlier entries in the Galaxy S series.

It’s not just the chipset that’s flagship with the Mi 11 as the display should also be one of the best around. You’ve got a 6.81-inch AMOLED panel with a 1440p resolution and HDR 10+ support. The display looks heavily curved on all sides and, according to Xiaomi, maxes out at an impressive 1500 nits.

Like all good Android phones in 2021, the Mi 11 has an adaptive 120Hz refresh rate that should offer smooth scrolling without a huge hit on endurance. That’s paired with a 480Hz touch sampling rate for even more responsive gaming.

The phone doesn’t ease off when it comes to camera specs either. The main camera is a Samsung HMX 108-megapixel wide-angle camera with optical image stabilisation and f/1.85 aperture. That’s joined by a 13-megapixel ultra-wide camera with a 123-degree field of view.

Rounding things off is a 5-megapixel macro camera, which Xiaomi says can focus on subjects just 3mm away from the lens. We’ll be interested to see this feature in action, because it sounds quite tantalising on the face of things and a possible improvement over previous macro cameras we’ve tried.

On front, there’s a 20-megapixel punch-hole camera for all of your selfie delights.

Xiaomi seems to have focussed a lot on the camera software side of things, with Night Mode support on all cameras and six AI videography modes. You can shoot in 4K HDR 10+ too.

Xiaomi Mi 11 battery life and charger – does it come with one?

In terms of battery size, the cell here is a large 4600mAh unit with support for wired (55w), wireless (50w) and reverse wireless charging.

When the Xiaomi Mi 11 was first announced it followed the iPhone 12 series (and the subsequent Galaxy S21 launch) by ditching the charger from the box. This global version however does come with a fast charger in the box, bucking the trend we’ve seen recently. This included charger is a 55w unit and Xiaomi claims you’ll get a full charge in 45 minutes.

While the Chinese version came in a number of faux leather finishes, the global model will be available in blue or grey finishes – at least at launch. Xiaomi claims the rear is made from an ‘anti-flare frosted glass’ which should hopefully help reduce fingerprints.

You can see more of the design in the pictures below: 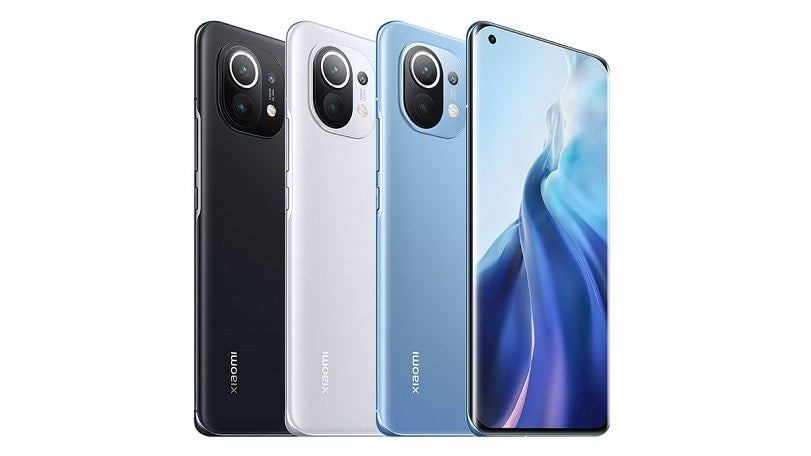 Sales of the phone have already commenced in China, with global and UK availability coming in the next few months. Pricing is a mystery too, but we’ll update this page when we know more. In European markets, the phone will cost €749 which is certainly an impressive price.

New Horizons remains at No.1 – My Nintendo News