Apple has been killing it in the laptop space recently, with its MacBook Air M1 becoming one of best laptops you can buy. But I also think Apple’s missing out on a huge market by not launching a rival to the Surface Laptop Go.

Microsoft’s 12-inch laptop has an entry price point of £549/$549.99, which is a whopping £450/$450 cheaper than Apple’s cheapest MacBook. Sure, the Go is lacking the performance power and screen quality to seriously compete with the MacBook Air on specs alone, but many people simply aren’t willing to spend that much money on a portable PC.

I’ve had multiple people ask me which laptop they should buy with a budget of around £500-£600. That’s a large sum of money to part with, yet there aren’t many decent laptops available at this price – at least not when you rule out Chromebooks and the outdated systems you’ll find on the shelves of PC World.

Because of the limited options at this price point, the Surface Laptop Go has been my go-to recommendation. It’s fast enough for web browsing, emailing and streaming video, features a comfortable keyboard and is light/small enough to carry around with ease – that’s the holy trinity for most laptop buyers who don’t need to play video games or edit 4K video. 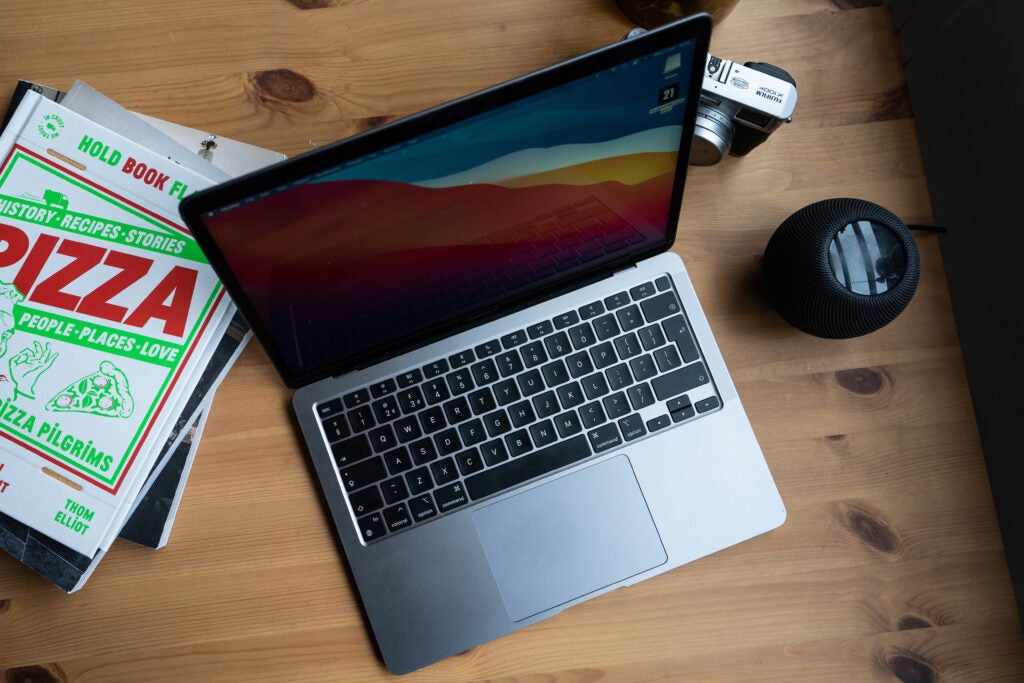 The MacBook Air M1 is a terrific laptop, but its £999 starting price is arguably too expensive for many laptop buyers

To be fair to Apple, it has been restricted from exploring this end of the market, as it’s previously been difficult to find an Intel mobile processor cheap enough to push the price well below the £1000 mark that’s capable offering the top end performance the firm prides itself on. But now Apple is developing its own chips, there’s no stopping it from launching a laptop with an iPad-level performance.

A “MacBook Mini” would also fit into Apple’s strategy with other product categories. We’ve seen Apple launch new models of the iPad Mini, Apple Watch SE, iPhone SE and Mac Mini in recent years, so the MacBook range is actually the odd-one-out by not featuring a mini/SE variant. Apple could even just resurrect the 12-inch MacBook that was discontinued in 2019, as it largely fits the bill of what I’m looking for, albeit with a price cut.

Such a laptop wouldn’t be out of the blue either, as MacRumors revealed rumours back in August 2020 of a 12-inch MacBook running on Apple Silicon. Said device was reported to weigh less than a kilogram and support 5G. However, the report also stated this 12-inch MacBook would launch before the end of 2020 which obviously didn’t happen.

So were these rumours absolute nonsense, or is Apple still working on this new laptop in secret? I’ve got my fingers crossed for the latter, as a 12-inch MacBook that can rival the Surface Laptop Go makes a whole lot of sense right now, and would undoubtedly become a very popular laptop.

Multiplayer fintech, and the muddled world of startup data – TechCrunch