Why Adam Selipsky was the logical choice to run AWS – TechCrunch 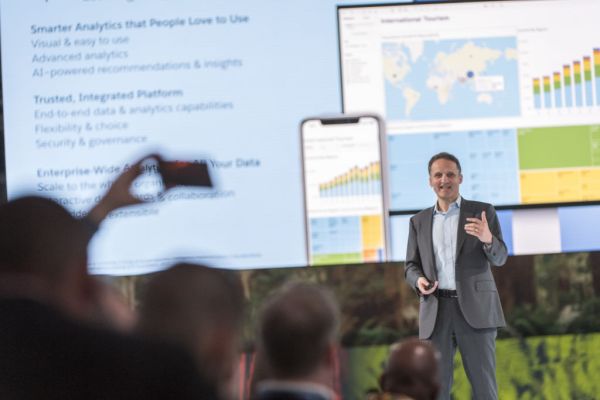 When AWS CEO Andy Jassy announced in an email to employees yesterday that Tableau CEO Adam Selipsky was returning to run AWS, it was probably not the choice most considered. But to the industry watchers we spoke to over the last couple of days, it was a move that made absolute sense once you thought about it.

Gartner analyst Ed Anderson says that the cultural fit was probably too good for Jassy to pass up. Selipsky spent 11 years helping build the division. It was someone he knew well and had worked side by side with for over a decade. He could slide into the new role and be trusted to continue building the lucrative division.

Anderson says that even though the size and scope of AWS has changed dramatically since Selipsky left in 2016 when the company closed the year on $16 billion run rate, he says that the organization’s cultural dynamics haven’t changed all that much.

“Success in this role requires a deep understanding of the Amazon/AWS culture in addition to a vision for AWS’s future growth. Adam already knows the AWS culture from his previous time at AWS. Yes, AWS was a smaller business when he left, but the fundamental structure and strategy was in place and the culture hasn’t notably evolved since then,” Anderson told me.

Matt McIlwain, managing director at Madrona Venture Group says the experience Selipsky had after he left AWS will prove invaluable when he returns.

“Adam transformed Tableau from a desktop, licensed software company to a cloud, subscription software company that thrived. As the leader of AWS, Adam is returning to a culture he helped grow as the sales and marketing leader that brought AWS to prominence and broke through from startup customers to become the leading enterprise solution for public cloud,” he said.

Holger Mueller, an analyst with Constellation Research says that Selipsky’s business experience gave him the edge over other candidates. “His business acumen won out over [internal candidates] Matt Garmin and Peter DeSantis. Insight on how Salesforce works may be helpful and valued as well,” Mueller pointed out.

As for leaving Tableau and with it Salesforce, the company that purchased it for $15.7 billion in 2019, Brent Leary, founder and principal analyst at CRM Essentials believes that it was only a matter of time before some of these acquired company CEOs left to do other things. In fact, he’s surprised it didn’t happen sooner.

“Given Salesforce’s growing stable of top notch CEOs accumulated by way of a slew of high profile acquisitions, you really can’t expect them all to stay forever, and given Adam Selipsky’s tenure at AWS before becoming Tableau’s CEO, this move makes a whole lot of sense. Amazon brings back one of their own, and he is also a wildly successful CEO in his own right,” Leary said.

While the consensus is that Selipsky is a good choice, he is going to have awfully big shoes to fill.  The fact is that division is continuing to grow like a large company currently on a run rate of over $50 billion. With a track record like that to follow, and Jassy still close at hand, Selipsky has to simply continue letting the unit do its thing while putting his own unique stamp on it.

Any kind of change is disconcerting though, and it will be up to him to put customers and employees at ease and plow ahead into the future. Same mission. New boss.

Rocket League is coming to iOS and Android, but not as you know it