What is Ready For? Motorola’s Moto G100 DeX rival explained


Motorola has announced Ready For, a new interface for its high-end phones that seems very similar to Samsung’s DeX. Here’s everything you need to know about the software that comes on the new Moto G100.

What is Ready For?

Ready For allows you to expand the capabilities of your Moto phone onto an external display by using a USB-C to USB-C or a USB-C to HDMI cable.

In its simplest terms Ready For turns the phone into something more akin to a desktop PC, letting you connect up a Bluetooth keyboard and mouse. You can then access your emails, the browser and other productivity apps on a bigger display.

Motorola has talked up a few other uses for the feature too, including plugging it into a TV (possibly if you’re at a friend’s house, or in a hotel room without a smart TV) to access streaming apps and utilising the phone’s rear camera for higher-quality video conferencing. 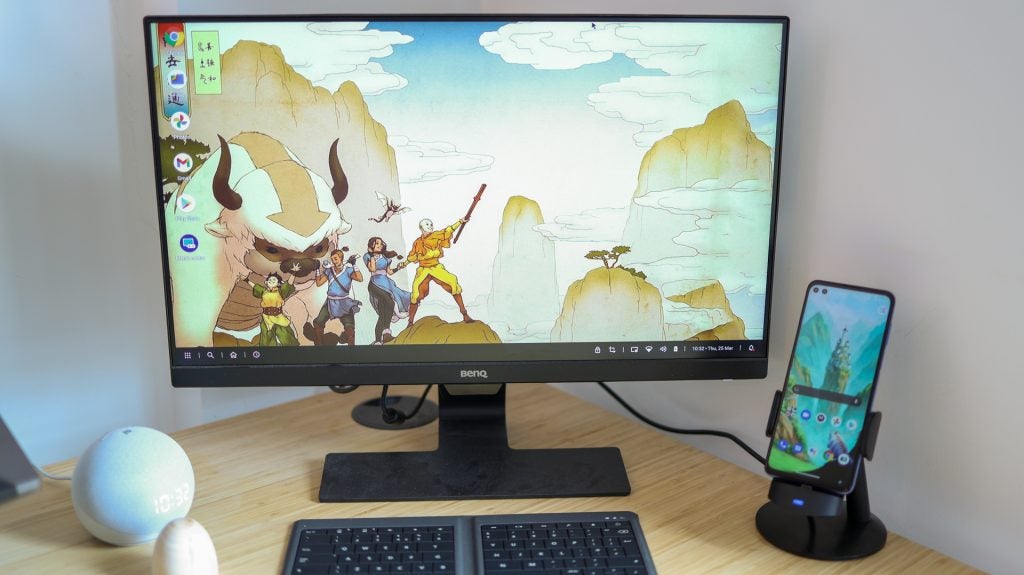 You can also connect a game controller and play mobile games on the big screen.

When you’ve plugged your device into a display, a dedicated UI pops with the four modes listed above. If you don’t have a keyboard or mouse to connect, there’s a trackpad accessible on the phone for navigation.

Along with support for cables, there’s also a specifically designed dock available. This has a fan and should be a good choice if you plan to use some of the video conferencing features.

Which Motorola phones support Ready For?

Ready For will initially launch on the Moto Edge Plus, a higher-specced version of the Moto Edge that we rated highly and recommend in our best mid-range phone list. It’ll also be supported by the Moto G100, a £449 (no US prices yet) device that comes with the dock.

The demo video, which you can see below, is tightly tied to the Moto Edge Plus and the US mobile network Verizon. The demo shows the 5G phone connected to a portable USB-C monitor for a mobile workspace. 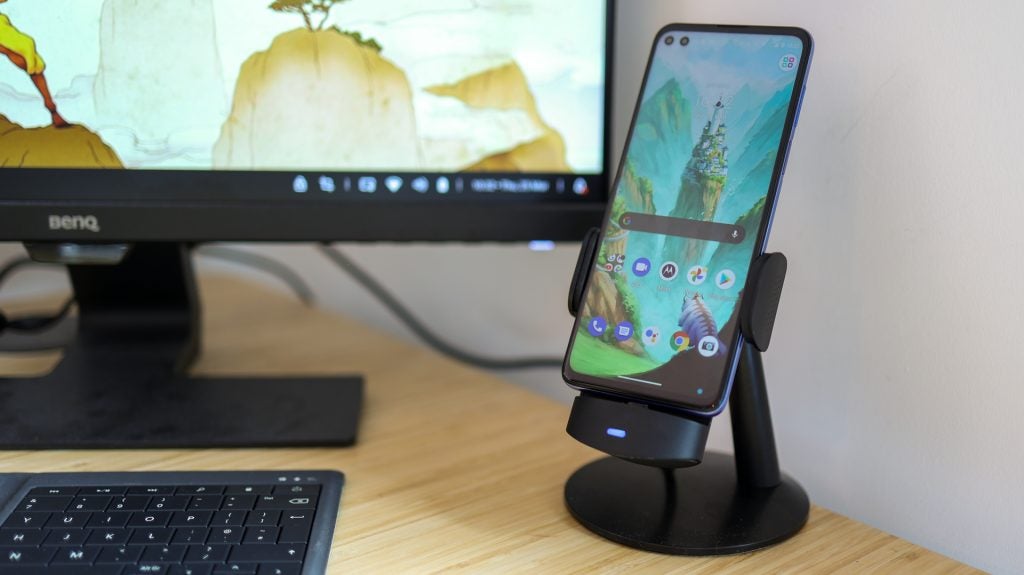 Haven’t we seen this before?

Yes, yes we have. Samsung’s DeX service is very similar in terms of functionally – however it can work wirelessly, something that doesn’t seem to be offered here. Samsung also started out selling a dedicated dock, however the push in recent years has been for purely cable connectivity.

Motorola even tried something similar in the past, with its Atrix LapDock accessory that expanded your phone across a larger display. It was a niche, quirky idea but one that never seemed to go anywhere.

Will this be a true laptop or computer replacement?

These ideas seem to come around every few years and haven’t yet really made much impact.

The idea is great and the marketing materials give the impression the phone will soon replace every other item of tech you have. The outcome though is that the app support isn’t there and usually it’s best just to stick with that laptop.

We should give Ready For the benefit of the doubt for now, at least until we’ve given it a proper try.

No code, workflow, and RPA line up for their automation moment – TechCrunch