What is Apple Silicon? Performance and specs detailed


The computing world was turned upside down when Apple revealed back in 2020 that it will be transitioning from Intel processors to Apple Silicon for its Mac range. But what is Apple Silicon and why should you care?

We’ve assembled this extensive guide of Apple Silicon, including a basic explanation as well as specs and benchmark figures. So without further ado, here’s everything you need to know about Apple’s new technology.

What is Apple Silicon?

Apple Silicon is an Arm-based processor technology developed by Apple for its computing products. While Apple used to outsource its MacBook processor production to the likes of Intel, the company has now decided produce its own chips to retain full control of the production line.

The Apple M1 chip is the very first processor in this new line-up, and has been installed into the MacBook Air, 13-inch MacBook Pro and Mac Mini so far. A more powerful Apple processor is also expected to arrive soon, powering the likes of the MacBook Pro 2021, iMac 2021 and iMac Pro 2021.

Apple has confirmed its entire Mac range will transition over to the new Apple Silicon, but it will be a gradual process that will take approximately two years to complete. If you’ve still got an Intel Mac, there’s no need for concern, as Apple has confirmed it will continue to support such devices for the foreseeable future.

Apple Silicon performance – How fast is it?

We reviewed the MacBook Air M1 to see exactly how much of a performance lift Apple’s new processors provide when compared to Intel, and the results were outstanding. 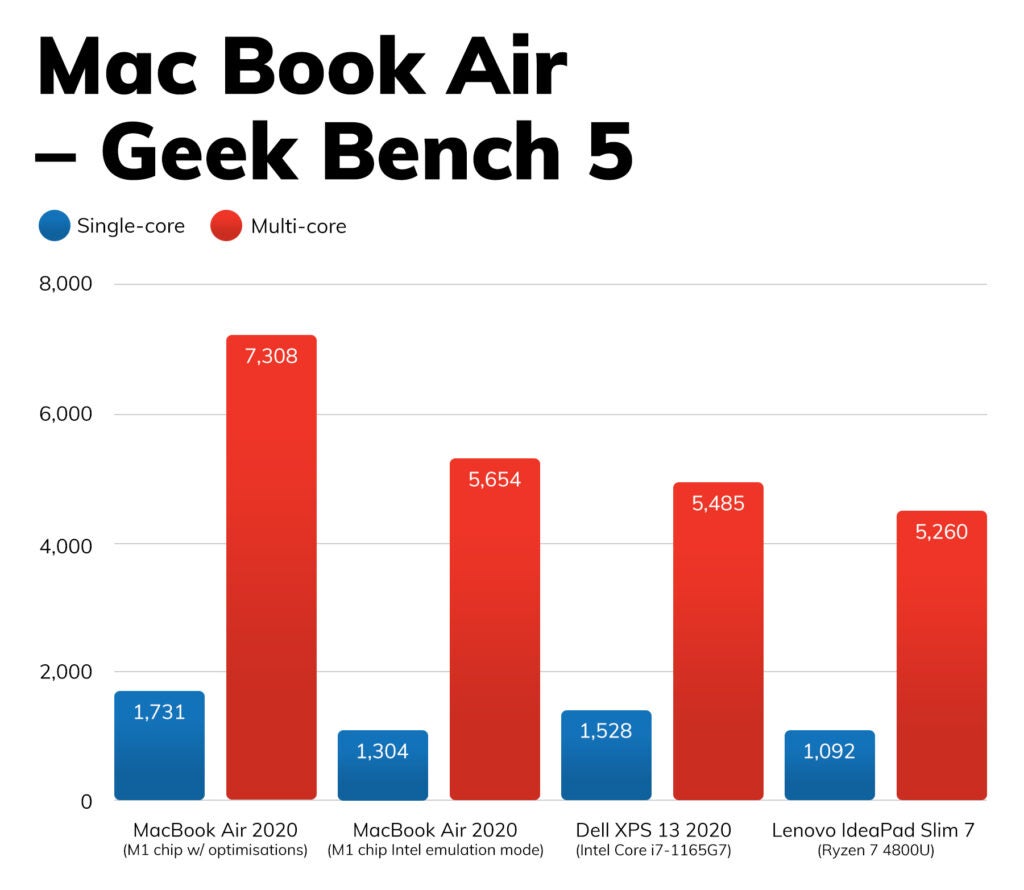 As you can see above, the MacBook Air trounced the performance of the Dell XPS 13 2020, with the latter featuring Intel’s 11th Generation Intel Core i7-1165G7 chip. This means Apple’s laptop is better equipped for intensive workloads such as editing photos and videos.

Apple Silicon will only get more powerful too, as a more specced-up version of the M1 is expected to power the likes of the MacBook Pro and iMac Pro.

But Apple Silicon isn’t just about the CPU. The company is bringing a custom-built GPU into play too, which it says will support high-end gaming experiences, as well as using high-performance DRAM. Within Apple Silicon is also tech to support image processing from the cameras, machine learning through a new neural engine, audio processing and much more. The system-on-a-chip is the future of the Mac.

Does Apple Silicon use Arm architecture?

Apple already uses Arm-based A-Series chips for its iPhone and iPad devices, so the transition will allow Apple to streamline its technology and make it easier to provide cross-platform support for apps across both iOS and macOS.

Arm technology is renowned for offering excellent power and thermal efficiency compared to Intel processors. This is shown by the fact that the new MacBook Air can operate without a fan, while also seeing its battery life extended significantly. 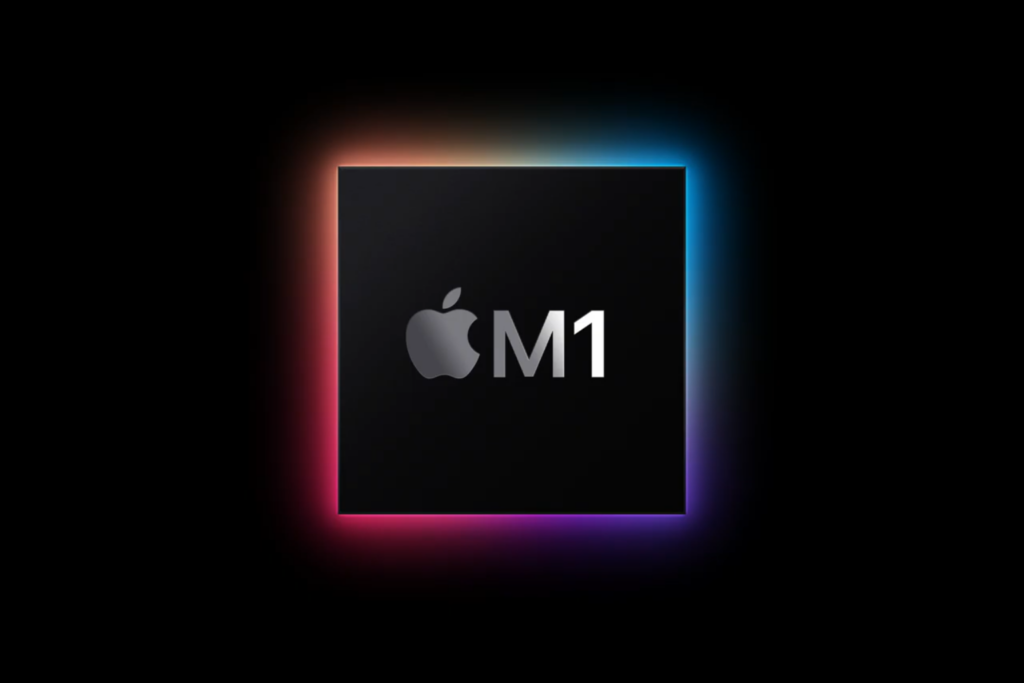 Should you wait for Apple Silicon?

Early signs suggest Apple Silicon will be superior to Intel chips for both performance and battery life, making M1 models a far more tantalising option than the older Intel units.

Apple also resisted the urge to up the price for the new M1 MacBooks, so you don’t have to pay extra for the new technology – unless you’re buying a reduced model from a third-party retailer.

The new Apple Mac processors will also feature a similar architecture to the chips found inside the iPhone and iPad, allowing for smoother software transitions between ecosystems. This could potentially increase the number of apps made available to Macs in the future.

There are so many benefits here that you should definitely wait for Apple Silicon Macs where possible. That said, Apple has confirmed it will continue to support Intel Macs for the foreseeable future, so if you see an Intel Mac that’s had a significant price reduction then it may still be a worthwhile buy.

What does it take to create a startup ecosystem? – TechCrunch