Anyone who owned an original Optimus Prime G1 Transformer will know the holy grail was an Autobot leader who could transform all by himself. Today, he has arrived, complete with voice controlled transforming!

The most advanced Transformers toy ever stands 19-inches tall and comes from Hasbro and Robosen Robotics. It has 5,000 individual components, 60 microchips and, count-em, a whopping 27 servo motors. The incredibly detailed replica, which was 11 years in the making and boasts a $699 price tag, nails the original G1 design and includes working lights and a chrome finish where necessary.

Prime will respond to 25 voice commands, and will offers some vocal contributions of his own thanks to Peter Cullen – the original voice for the Autobot leader. Controls are also handled by a companion app. Thankfully, that’ll be accompanied by “converting sounds” which we all know as transforming sound.

Among the 25 voice commands are the classic “Roll out”, along with “Convert” and “Attack.” Is there some licensing issue that prevents Hasbro using the word “transform”? Because the absence voice command “Autobots, Transform and roll out” seems like a missed opportunity. Kind of a dealbreaker if we’re honest.

The programmable app also enables owners to make Prime walk, punch, blast, drive with the swipe of a finger. It can even race in vehicle form, with the ability for users to code new actions from the mobile app too. 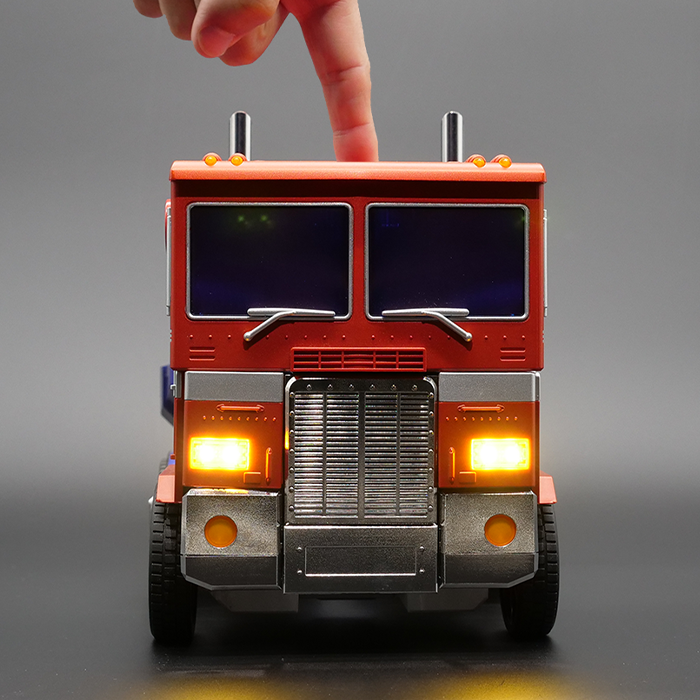 “We are thrilled to collaborate with Hasbro and look forward to ushering in a new standard of robotics with the most advanced Transformers robots for consumers ever created,” said Sean Tang, Director of Robosen USA. “The team is working hard to deliver an amazing user experience for fans of this esteemed franchise and produce Transformers that will be a premium addition to their collection with its superior functionality.”

Will you be splashing out move £500 on the Optimus Prime model or is the absence of the word “Transform” a deal breaker?”