As rumours correctly suggested, the new Rocket Lake processors are limited to 8 cores and 16 threads. That’s undeniably a respectable number, but it can’t be ignored that it’s dwarfed by the new AMD Ryzen 9 5950X processor, which sees a whopping 16 cores and 32 threads.

There’s no doubt about it, AMD is winning in terms of core and thread counts – but how important is this lead? That really depends on what workloads you intend to give to your processor.

For gaming, I’d argue 8 cores is plentiful for a high-end performance. Having more cores is always beneficial, but having a high clock speed is far more important when gaming is concerned. Intel has stressed that Rocket Lake is “designed to game” and that’s apparent in the spec sheet, with the Intel Core i9-11900K seeing a supremely high 5.3GHz max clock speed.

Intel even claims the Core i9-11900K processor offers a 10% performance advantage over the AMD Ryzen 9 5900X when playing Total War: Three Kingdoms at a 1080p. Intel also supposedly sees leads for Gears 5, Grid 2019 and Microsoft Flight Simulator, although the company was always going to pick titles that favoured its own hardware.

Since we haven’t reviewed either of the AMD and Intel processors for ourselves just yet, we cannot confirm or deny these claims, but Intel seems confident its lower core and thread count won’t stifle its gaming performance.

It’s a completely different story for content creation. Intel claims that the i9-11900K boasts some performance advantages over the Ryzen 9 5900X for ‘video creation workflow’ and ‘photo creation’, but I’m very sceptical about this. Having multiple cores is very important for juggling intensive workloads, such as photo/video editing and animation, and Intel simply does not offer enough cores/threads to remain competitive with AMD on this front. 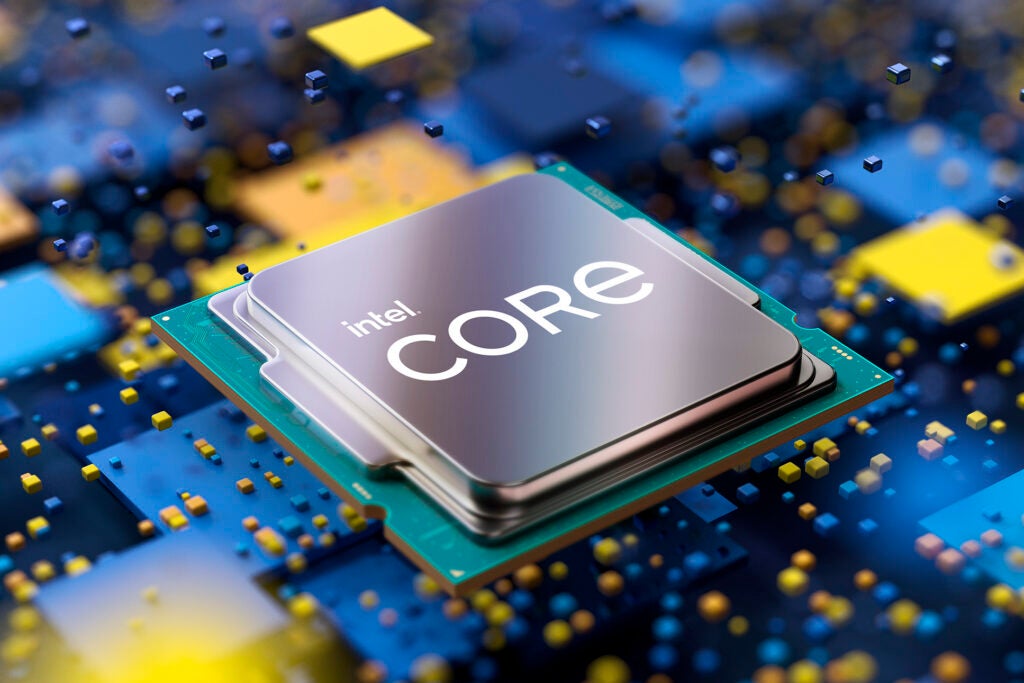 It’s also very telling that Intel was keen to emphasise Rocket Lake is “designed to game” during its briefing with journalists, but remained fairly quiet about its processors’ credentials for content creation. Judging by the spec sheet, AMD looks to have a big performance advantage on that front, making its Ryzen 5000 chips far more versatile.

The most frustrating aspect of all of this is that Intel’s core issue could have been avoidable. When journalists asked Intel why it won’t be offering a competitive number of cores for Rocket Lake, the company revealed that it wasn’t possible to fit more cores on the chip as the graphics cores take up too much space.

The obvious solution here is to remove the graphics cores entirely, just like AMD did, as you’d expect users to partner a high-end processor with a discrete graphics card anyway. But Intel says it needs the integrated graphics for its commercial customers.

With everything considered, it seems like a bizarre decision to limit Rocket Lake to just eight cores, potentially resulting in AMD widening its lead when it comes to content creation. But Intel’s strengths have always been in gaming performance, and it’s still enjoying a healthy lead when it comes to clock speeds so I’m sure Team Blue won’t be too concerned.

That all said, it’s important to remember a spec sheet doesn’t paint the whole picture. Our upcoming reviews should provide a much better idea of how the Rocket Lake and Ryzen 5000 processors compare, and whether the limited core count will truly be a problematic issue for Intel.