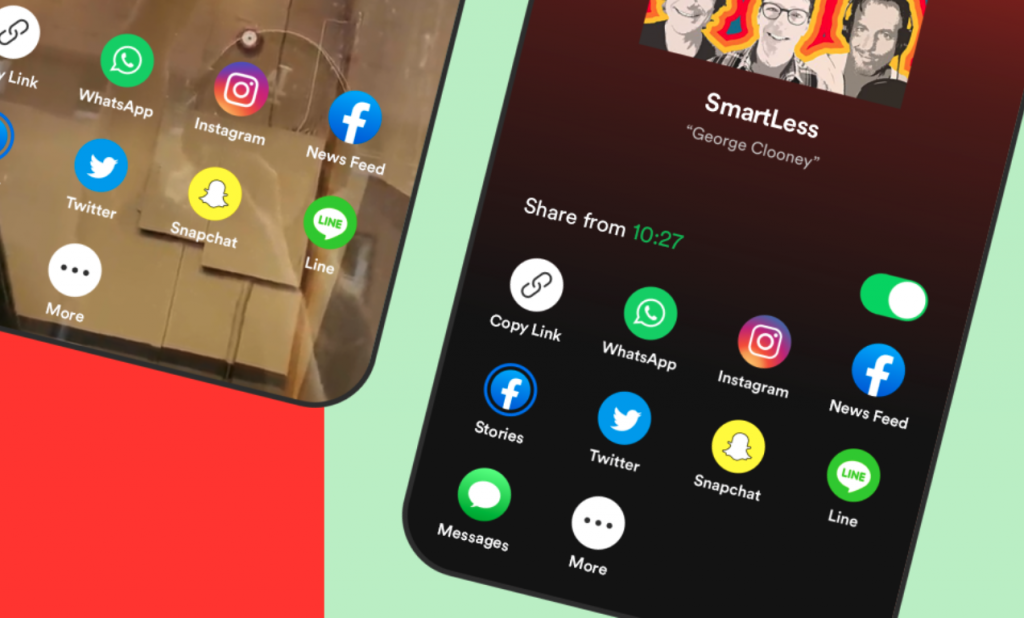 Spotify is improving the sharing experience for podcasts hosted in its app, enabling users to share episodes with timestamps for their favourite segments.

The feature could be especially useful when you want to point other listeners in the direction of a certain portion of what could be an hours-long episode. Spotify’s new timestamp feature sits within the share interface and includes a new ‘share from’ button that enables users to choose the listening point as well as the platform.

It’s similar to what YouTube does with the ‘Start at’ part of its share menu that automatically shows the current time point in the video. YouTube also allows for URLs to be copied and pasted at the current time.

In a For The Record blog post on Monday the company wrote: “With new podcast timestamp sharing, you can now share podcast episodes beginning at a particular moment—so you can make sure your friends tune in at that one part you think they’ll love. (Previously, users were only able to share the link to an entire episode.) To share a timestamp, just tap the “share” button while listening to the episode, use the “switch to share” feature at the current playtime, and then select where you want to share the content to. Those on the receiving end just need to tap the shared link to jump right in and start listening.”

Spotify has gone big on podcasts in the last couple of years, signing up exclusive access to major players like Joe Rogan, while also enlisting Bruce Springsteen and the Obamas for its content line up. The firm has just announced it is enabling creators to charge for additional content, in a challenge to Apple’s Podcast Subscriptions in iOS 14.

Not everyone is pleased with the expansion though, especially music fans who’d seen podcasts take on prominent positions within the main Spotify app. The company also raised prices of many plans around the world, including in the UK, with the goal of bringing users more content. If you only want music from your Spotify app and get your podcasts elsewhere, this probably hasn’t gone over well.

Today’s updates also include the ability to share the video-art Canvas pieces that accompany some songs via Instagram Stores or Snapchat. The company says 40% of music discovery comes through social channels, according to a survey of Spotify users.