The new pair of 5G handsets will arrive this summer packing the Android 11 operating system, IP65/68 water resistance and a 4,500mAh battery pack. However, here’s where the spec sheet diverges significantly dramatically, so let’s take a look at the higher-end, awkwardly-named Xperia 5 III first.

The specced-out Xperia 5 III (pictured above), which is a smaller model than the Xperia 1 III, has a 6.1-inch 21:9 OLED display. Like its counterpart, Sony is promising a 4K resolution with support for HDR, with a 120Hz refresh rate. It provides plenty of strength and durability courtesy of Gorilla Glass Victus. There’s also support for the cinephile-friendly Creator Mode, which enables an experience close to reference monitors used by filmmakers.

The Xperia 5 III is powered by the latest Snapdragon 888 processor, backed by the Adreno 660 GPU for improved gaming performance. Gamers can especially benefit from the 240Hz Motion blur reduction.

As always with Sony, the cameras are a big focus for the device. Sony has leaned on its Alpha division and teamed up with Zeiss optics again for its triple lens offering. There’s also the company’s Real-time Eye AF for humans and animals, which will track fast moving objects.

Sony says: “Object tracking technology is featured, allowing photographers to capture accurate shots of moving subjects in a wide variety of scenarios with a simple tap on the screen.”

The Xperia 5 III, along with its larger sibling, is the world’s first phone with a variable telephoto lens paired with a dual PD sensor, Sony says. The company doesn’t list the fill camera specs in its press release today, but it’s promising a new AI super resolution zoom, with 16mm, 24mm, 70mm and 105mm focal lengths supported by the variable telephoto lens. Video recordings max out at 4K HDR 120fps slow-motion movie.

Along with the Xperia 1 III, the Xperia 5 III, the range is the first to support Sony’s own 360 Degree Reality Audio tech, which promises more immersive sound for those with compatible speakers or headphones. There’s also 360 Spatial Sound on offer and the on-board stereo speakers are now 40% louder than the previous model. If you don’t want to go blasting the audio out loud, there’s a 3.5mm jack too.

Sony has boosted the battery life to 4,500mAh as we mentioned above, while there’s a 30W wired charger promising to boost the device by 50% in just half an hour.

The headline feature for the mid-range Xperia 10 III is the 5G connectivity. But it also arrives rocking a triple lens camera, the capable Snapdragon 690 processor and a battery pack 25% more capacious than its predecessor.

The Xperia 10 III arrives with a 6-inch HD HDR OLED display, coated by Gorilla Glass 5, making it more scratch resistant than its predecessors. The 6-inch screen is harnessed within a lighter 169g design. 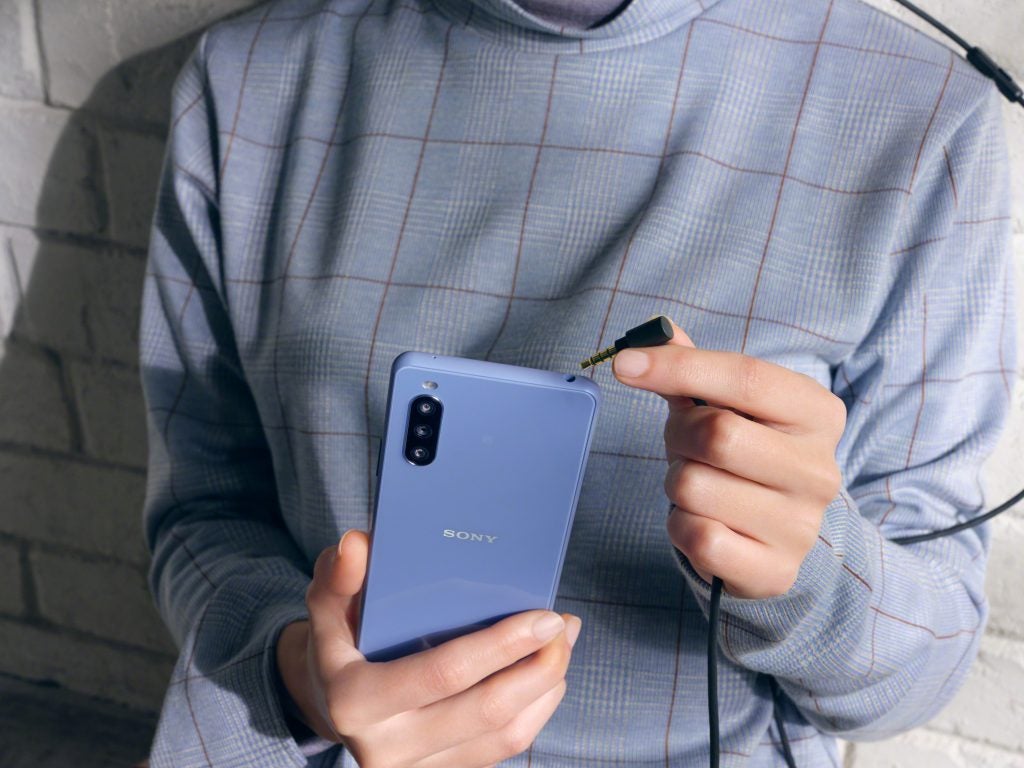 Sony is also adding a 3.5mm audio jack and there’s native support for Hi-Res audio, although not for Sony’s 360 Degree Reality audio technology featured in the Xperia 5 III and Xperia 1 III.

Sony hasn’t revealed the prices for either devices yet, but we’ll have that information as soon as possible.