Release date, design and more for the Google smartwatch


For as long as the Pixel smartphones have been on the market, fans of Google’s devices have long since wondered if the tech giant would ever see its way to making a dedicated Pixel Watch.

After all, Google’s Wear OS software has remained fairly stagnant for some time, which could hint at the internal developer team being preoccupied with something else entirely.

What has become increasingly clear over the last few months however is that the Pixel Watch is real and its release date could be sooner than you’d think. Here’s the full rundown of all the information currently available about Google’s long-awaited Pixel Watch.

Given that an official announcement of the Pixel Watch was first predicted back in 2018, any ‘leak’ at this point should be treated with a grain of salt, but the latest estimation – according to serial leaker Jon Prosser – is that the Pixel Watch will be released this October.

If this predicted date rings true, then we could possibly see the Pixel Watch revealed at the upcoming Google I/O 2021 event. This year’s event will carry over several days and operate in an online-only capacity.

Alongside his predicted release date, Jon Prosser managed to get his hands on several images of the Pixel Watch, known internally at Google as ‘Project Rohan’. Being unable to share the leaked images directly however, Prosser has developed multiples renders based upon those images.

According to these renders, the Pixel Watch will feature a near bezel-less display, with the ability to spill over the sides, much like the Apple Watch 6. While it’s difficult to gain the exact measurements from these mock-ups, the watch itself does look incredibly slim – arguably one of the slimmest smartwatches we’ve seen.

There’s only one physical input on the device’s right-hand side: a presumably rotating crown. This means it’s likely that aside from having quick access to an app via a long press, as well as rotating the crown to navigate menus, the majority of interaction with the Pixel Watch will be done by the touchscreen. 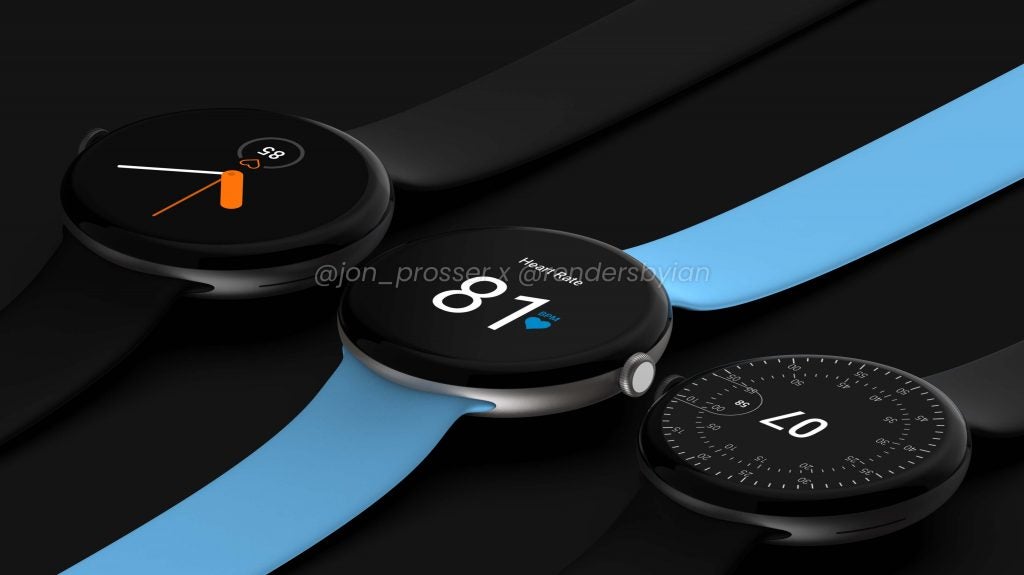 It’s also worth pointing out that the watch strap teased here is unlike anything we’ve seen before. While it bears some resemblance to Fitbit’s Infinity Band, there appears to be some sort of magnetic panelling on the inside of the strap that could be used for adjusting the length.

At this point in time, there’s no way of knowing exactly what Google has in store as far as features go for the Pixel Watch, but there is one aspect that is bound to set it apart, and that’s an updated Wear OS.

Even though Pixel smartphones have been bested in other ways, when it comes Android, Google’s devices simply can’t be beaten and we’re hoping that the same logic will be applied to the Pixel Watch.

After all, there’s an abundance of devices from the likes of Mobvoi, Fossil and more that utilise Wear OS, so if Google is serious about creating the one wearable to rule them all, then it needs to feature a completely revamped version of Wear OS from the get-go.

Porsche makes its case for an all-electric Taycan wagon – TechCrunch