Sony PlayStation Plus members could be about to get an influx of Sony Pictures-made movies and TV shows as an added perk.

The console-maker has launched a PlayStation Plus Video Pass trial in Poland that sees movies like Zombieland: Double Tap, Venom and Bloodshot available for subscribers to enjoy as an additional benefit, alongside the monthly crop of free games.

The folks over at VGC were the first to report the trial, which was lunched for PS Plus subscribers in Poland on what appears to be a trial basis. It’s not clear whether Sony plans to launch a similar service elsewhere.

The text featured on the page translates to: “A new benefit available for a limited time on PlayStation Plus… PS Plus Video Pass is a trial service active 22.04.21 – 22.04.22. The subscription benefit is available to PS Plus users in Poland.” 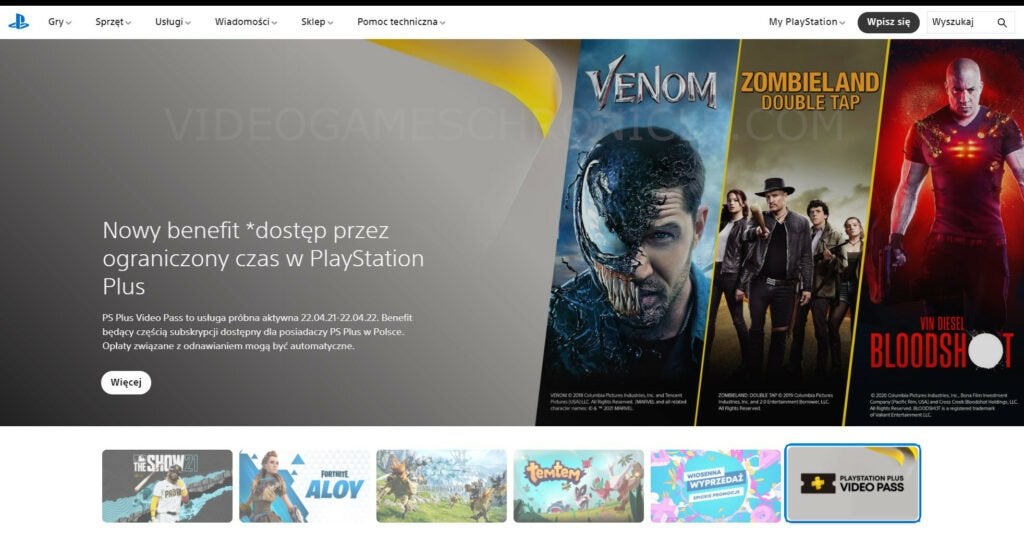 The dates mentioned on the site suggest the service went live before it was supposed to be announced. Perhaps it’s possible we’ll see Sony announce a wider rollout of the service, but it could also be just for our Polish pals right now.

Should Sony decide to take this route in the longterm, it could add some much-needed value for PS Plus subscribers as the company looks to compete with the Microsoft Game Pass Ultimate platform which, additional expense notwithstanding, is a much more robust offering.

Sony has just signed an exclusivity deal with Netflix, so it remains to be seen just how much wiggle room it has to push Sony Pictures content through its other portals. The deal means films like the forthcoming Spider-Man: Into the Spider-Verse sequel, as well as other Spidey and Vemon instalments will land exclusively on Netflix after their theatrical release.

Sony says future Jumanji and Bad Boys films, as well as the Uncharted adaptation, Morbius, Where the Crawdads Sing, and Bullet Train will also go to Netflix, as well as some of the company’s direct-to-streaming titles. Netflix will also be involved with the production of those films, while also licensing films from the vast archive.