Added to wishlistRemoved from wishlist 0
Add to compare
£1,952.00
Share on Social Media
twitterfacebookpinterestlinkedinwhatsapp 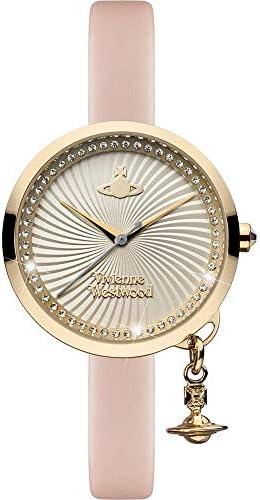 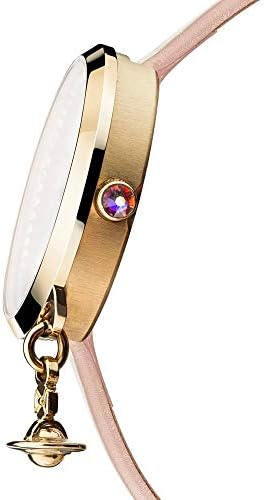 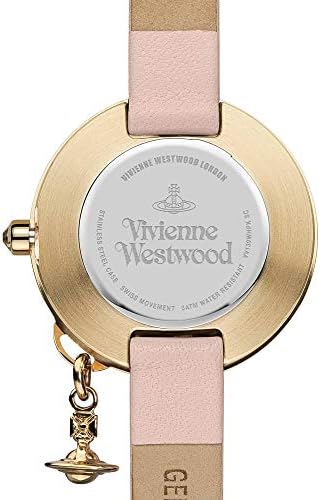 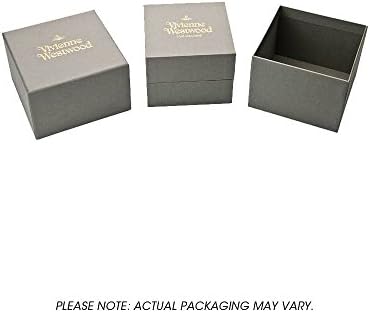 Vivienne Westwood began designing in 1971 along with her then partner Malcolm McLaren in London. At the time they used their shop at 430 Kings Road, London, to showcase their ideas and designs. With their changing ideas of fashion came the change of not only the name of the shop but also the décor. It was in 1976 when Westwood and McLaren defined the street culture of Punkwith Seditionaries.

By the end of the seventies Vivienne Westwood was already considered a symbol of the British avant-garde and for Autumn/Winter 1981 she showed her first catwalk presentation at Olympia in London. Westwood then turned to traditional Savile Row tailoring techniques, using British fabrics and 17th and 18th century art for inspiration.

1989 was the year that Vivienne met Andreas Kronthaler, who would later become her husband and long-time design partner, as well as Creative Director of the brand. In 2004 the Victoria & Albert museum, London, hosted a Vivienne Westwood retrospective exhibition to celebrate her then 34 years in fashion – the largest exhibition ever devoted to a living British fashion designer. In 2006, her contribution to British Fashion was officially recognised when she was appointed Dame of the British Empire by Her Majesty, Queen Elizabeth II, and in 2007 was awarded the ‘Outstanding Achievement in Fashion’ at the British Fashion Awards in London. With a design record spanning over forty years, Vivienne Westwood is now recognized as a global brand and Westwood herself as one of the most influential fashion designers, and activists, in the world today.

Vivienne Westwood is one of the last independent global fashion companies in the world. At times thought-provoking, this brand is about more than producing clothes and accessories. Westwood continues to capture the imagination and raise awareness of environmental and human rights issues. Vivienne Westwood supports various environmental and ethical causes including support of Cool Earth, the Prince’s Rainforest Trust, the United Nations Environmental Programme and Amnesty International among many other charitable organisations. Furthermore, through her personal Climate Revolution campaign launched in January 2013, Vivienne Westwood continues to ask the public to petition, act and protest for a more sustainable future.

The first Time Machine collection launched in 2011 and includes women’s, men’s, and unisex watches. The design vision is a reinterpretation of traditional classic shapes infused with distinctive brand elements such as the iconic Orb, exhibition tartan fabric, and the Squiggle print, synonymous with Vivienne Westwood design. Drawing its inspiration from the mainline Vivienne Westwood collection, references to traditional British motifs are subverted and reinvented to create thoroughly modern and decorative designs.

Inspired by the success of the Wallace collection. The Seymour collection features a delicate coin edged bezel that perfectly frames the simplicity of the dial, polished batons and orb emblem add the finishing touches to this thoughtfully designed timepiece.

A regel timepiece featuring a debossed jacquard pattern on the dial. The collection is closely inspired by the interiors of the Wallace collection. The watches are the perfect take on old world glamour, dramatically contrasting with Vivienne Westwood’s unmistakable contemporary styling. Finished with a Swarovski crystal bezel and jubilee bracelet.

An elegant timepiece suitable for every occasion. The Bloomsbury bracelet features angular lugs and chamfered links inspired by the architecture of the British modernist movement. Featuring a sunray dial and signature orb motif as the date window, the dial is perfectly complimented by the subtle highlights of the Roman and Arabic numerals and Vivienne Westwood London etched bezel.

Transforming royal iconography into a signature symbol, the orb emblem takes tradition into the future. The Orb is the most iconic of Time Machine collections, blurring the line between jewellery and timepiece. The Orb features a soft round case and T-bar bracelet, adorned with the signature 3D orb charm. The Orb collection epitomises contemporary British design.