Added to wishlistRemoved from wishlist 0
Add to compare
£49.99
Share on Social Media
twitterfacebookpinterestlinkedinwhatsapp 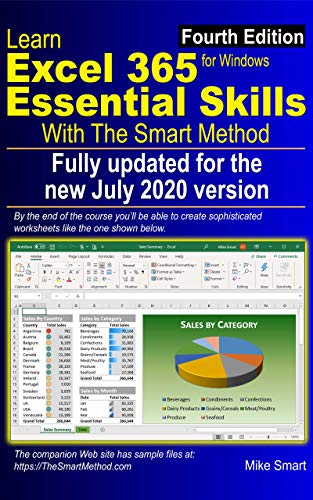 THERE IS A NEWER EDITION OF THIS BOOK

Microsoft release a new Excel 365 semi-annual version every six months (in January and July) that is usually automatically updated on your computer. You need the fifth edition of this book to support the current version.

To find the fifth edition of this book search Amazon for:

Unless you have a special need for the older version we recommend that you do not purchase this book but, instead, purchase the up-to-date version above.

Companies who have taken Smart Method courses include:

Be the first to review “Learn Excel 365 Essential Skills with The Smart Method: Fourth Edition: updated for the Jul 2020 Semi-Annual version 2002” Cancel reply