The Samsung Galaxy tab A7 Lite has leaked out, giving us a glimpse of what Samsung has in store for its budget tablet line this year. Here’s everything we know about the device so far.

Samsung is one of the few still making some of the best tablets around that run Android. We were mightily impressed with the Galaxy Tab S7 Plus in 2020 and many of Samsung’s cheaper slates have impressed too.

The latest device from Samsung to leak is the Galaxy Tab A7, a tablet that’s expected to come with a far cheaper price-tag than the S7 Plus.

Samsung has yet to confirm the existence of the A7 Lite or when we might see it released. Twitter leaker WalkingCat has previously tweeted some official-looking imagery that has a ‘Launching June 2021’ line.

Pricing is unknown at this stage, however we’d assume it’ll be very affordable. The regular Tab A7, for example, with its 10.4-inch display currently sells for £179.

From the images leaked on the Voice page of Evan Blass it looks like the Galaxy Tab A7 won’t be breaking new ground in terms of tablet design.

This looks to be a very standard Android tablet, with thicker bezels surrounding display. The back is fairly clean, with a Samsung logo in the middle and a single camera module. The image leaked shows a dark grey colour scheme and a matte finish. 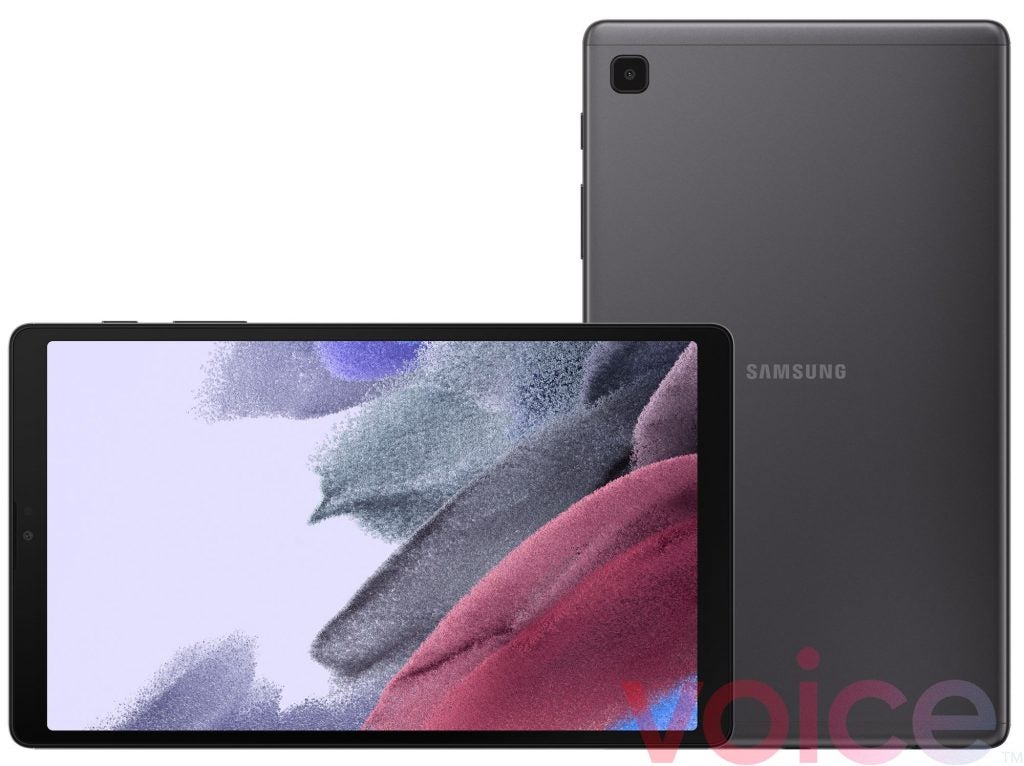 As the Lite in the Tab A7 Lite name suggests, this is very much a lower-end tablet. Blass reckons it will be powered by a MediaTek Helio P22T SoC that’ll be paired with 3GB RAM. You’ll also have a single camera on the back without a flash and a 5100mAh battery.

This is all fairly basic stuff, but it should get the job done if you want a tablet solely for some web-browsing, watching videos and playing basic games.

On the front of the tablet is an 8.4-inch display. There is currently no information about what kind of display this will be, though LCD seems likely, and we don’t know the resolution yet.

That’s on the smaller end of tablets you can currently buy, coming in just slightly larger than the 7.9-inch iPad Mini 5. Apple is rumoured to be looking at releasing a larger edition of the iPad Mini – possibly an iPad Mini 6 – sometime this year.