Marshall has stepped into the true wireless arena for the first time with the Mode II. And they look pretty great.

Marshall has introduced the Mode II (£159/$179/€179), the first ever true wireless in-ears from the lifestyle audio brand. Given their RRP, these earbuds are actually fairly affordable, sitting in the mid-range area of the market instead of going up against the likes of Bose and Grado at the top. That may prove to be a wise move.

You may be wondering where was the Mode I? Well, that’s actually an in-earphone from years ago. The Mode II are more reflective of today’s wireless audio world with a spec sheet that indicates around 25 hours of battery life in total, an IPX4 water resistance and compatibility with the Marshall app that brings added fine-tuning of the headphones’ EQ settings.

The look of the earbuds is typically Marshall, with a durable rubberised finish that matches the look of the Monitor II ANC headphones. Touch controls allow for operation over music, answering calls, activating Transparency Mode as well as the voice assistant on a smartphone. With custom-tuned 6mm dynamic drivers, Marshall says they’re aiming to produce a ‘thunderous’ audio experience, with ‘growling bass’, natural-sounding mids and crisp treble, all of which are hallmarks of Marshall’s output across its range of products. EQ settings can also be tweaked to produce a sound that’s more to your liking. 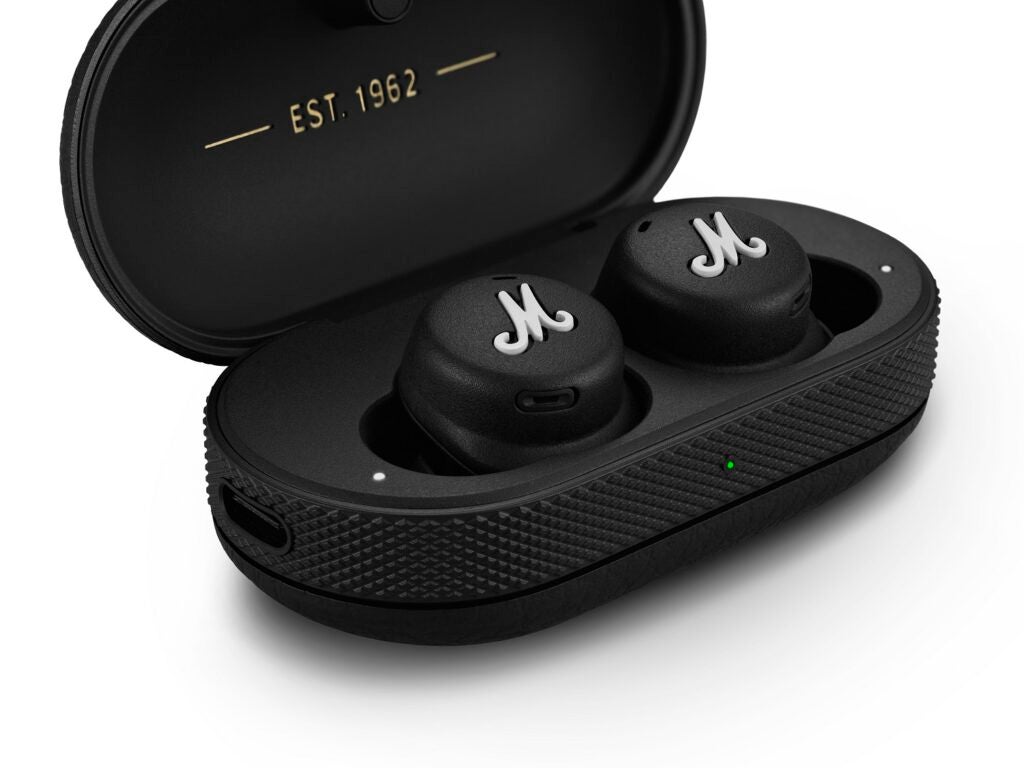 What else? Marshall is also touting its ergonomic design with the Mode II, claiming they’re suitable for all day listening. The headphones also come with four ear-tips to help sort out the best fit for your ears. Wireless connectivity is Bluetooth 5.1 and there’s the aforementioned Transparency mode for keying into what’s happening you. There’s no active noise cancellation if that’s what you’re looking for.

The charging case supports wireless charging with compatible mats, or they can be charged in the old fashioned way with a USB-C cable. The case holds four charges, which suggests that these earbuds have five hours of stamina inside them. For the price, that’s around the industry average we’re seeing at the moment.