The iPhone 12‘s 5G mobile data speeds lag behind most of its Android-based rivals, with Samsung dominating the rankings, according to new research.

OpenSignal’s US research says the iPhone 12 5G is below at least 25 handsets running Android, led by the Samsung Galaxy S21 5G, whose users average download speeds of 56Mbps. Overall, 15 Samsung phones make up the top 25.

Of course, Samsung is on its third generation of 5G phones already and the Galaxy S21 includes the Snapdragon 888 processors, which have the most advanced Qualcomm 5G modems yet.

The Speed Report list is rounded out by the LG Velvet 5G whose owners average 37.8Mbps, with the iPhone 12 range nowhere to be seen. You can see the chart below. 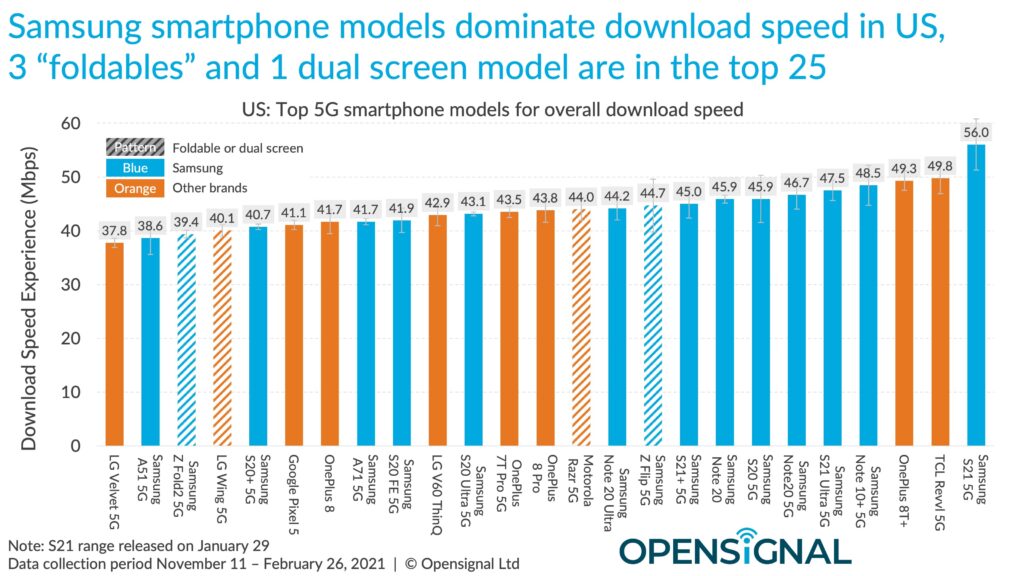 Apple users have experienced the greatest speed boosts though. Download speeds were 2.3 times faster on the iPhone 12 range 5G than those on its older 4G iPhones. Apple tops the table in that regard, which makes sense considering these are the first generation of handsets to rock the new-gen mobile connectivity. Here’s the iPhone rankings: 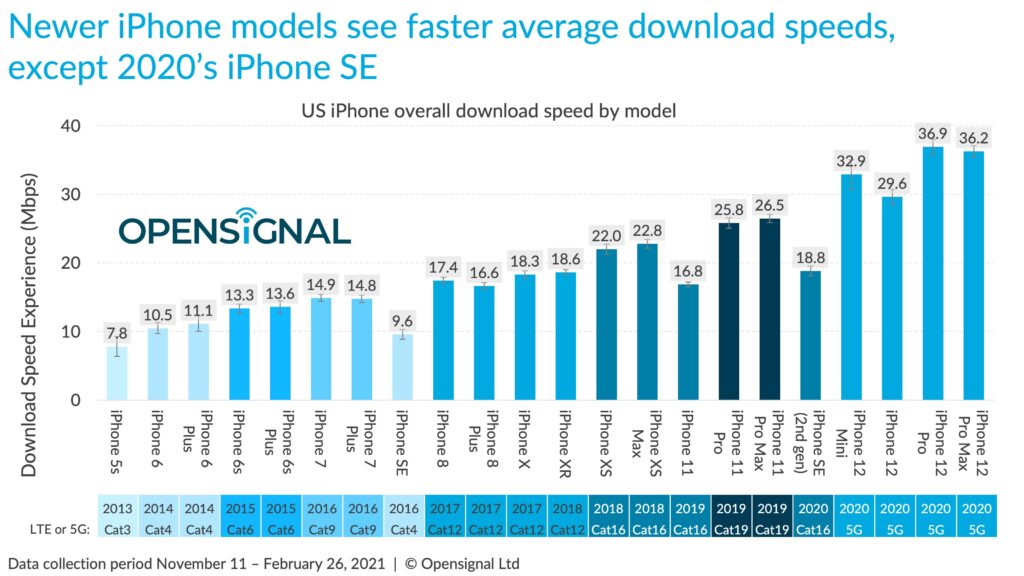 Apple iPhone 12 users can also expect a boost in the US, thanks to the expanding mmWave 5G spectrum that promises much greater speeds than the sub-6GHz models. However, Apple is also lagging in the 4G stakes, according to the report.

The report adds: “As the US moves ahead with 5G, Apple is narrowing the gap in experience with other smartphone brands. In areas where 5G is available, Apple users see download speeds approximately 18% slower than the fastest brand (Samsung). But for 4G download speed, our OnePlus and Google users experience speeds over twice as fast as Apple users.”

Are you worried about 5G speeds on the iPhone 12? Let us know @trustedreviews on Twitter.