Rocket Lake is engineered on the new 14nm Cypress Cove Core architecture, with Intel suggesting it will see up to 19% IPC improvement on the previous 10th Generation series to boost the performance.

Intel has also highlighted the improved integrated graphics for Rocket Lake, which is said to offer a 50% better graphics performance. Rocket Lake will be equipped with the same Intel Xe graphics architecture found in the Tiger Lake mobile processors in modern laptops.

However, Intel is controversially capping the core and thread count to 8 and 16 respectively, which is half the offering of AMD’s most powerful desktop chip (the Ryzen 9 5950X). This means Rocket Lake processors aren’t a good pick if you want a CPU for intensive content creation, with Ryzen 5000 providing a superior performance.

For more news on Intel’s Rocket Lake desktop processor, keep scrolling down and make sure to keep this page bookmarked for future updates. 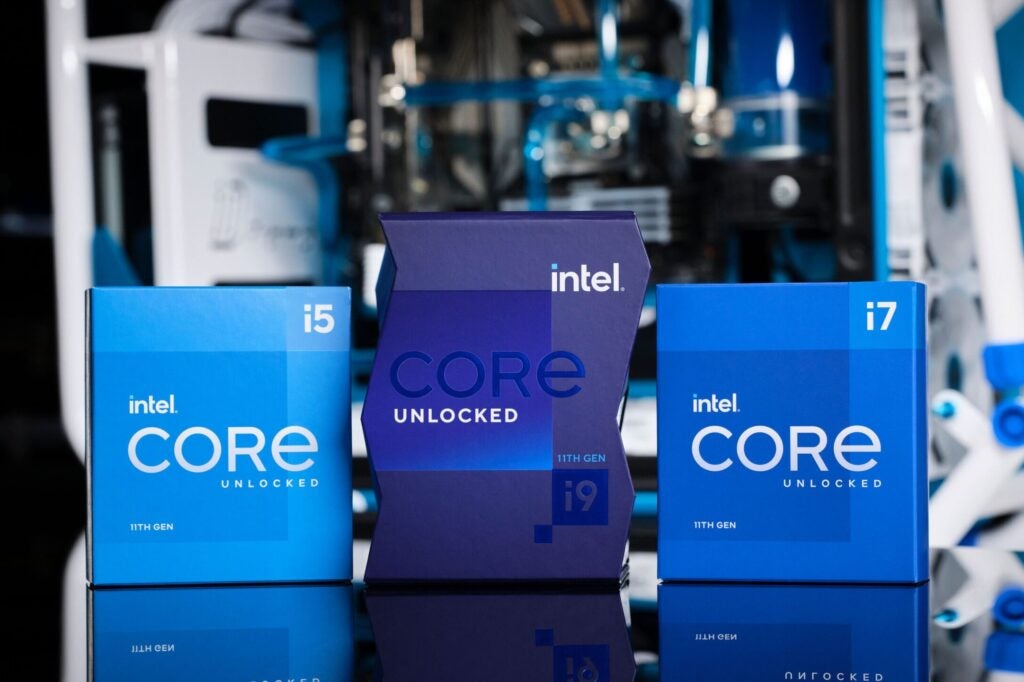 Intel Rocket Lake release date – When will it launch?

Intel Rocket Lake price – How much does it cost?

The most expensive Rocket Lake processor (the i9-11900K) is officially priced at $539, with third-party retailers in the UK selling it for around £530.

Intel will also be launching several other 11th Gen processors (a total of 19) at more affordable prices. The cheapest of them all, at least at launch, will be the i5-11400T at $182.

Intel Rocket Lake specs – What are the specs?

We’ve compiled a table to detail all of the important specs for the new Intel Rocket Lake processor line-up. Take note that this isn’t the entire range of the new 11th Gen chips, as there are alterations of every chip model with various specs. Check out Intel’s official website for the full breakdown.

Intel Rocket Lake performance – How powerful are they?

Intel suggests the Rocket Lake processors are ‘designed to game’, and our benchmark results backed this up. The Intel CPUs excelled at gaming workloads, beating AMD rivals in the majority of gaming-centric benchmarks.

However, our tests also saw that there isn’t a massive generation-on-generation performance leap, with 10th Generation alternatives usually only a few frames behind. Support for PCIe 4.0 is the biggest incentive to jump to 11th Gen Intel chips, as it doubles the performance ceiling for next-gen SSDs. But with such hardware still hard to find and very expensive, PCIe 4.0 is really only important for futureproofing rather than providing an instantaneous performance boost.

Despite the performance boosts, Intel Rocket Lake can’t compete with Ryzen 5000 when it comes to multi-threaded workloads. If content creation is a priority to you, we suggest sticking with AMD for the foreseeable future. Check out some of our benchmark results for the Intel Core i9-11900K vs i9-10900K below: 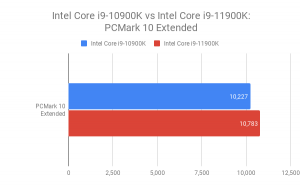 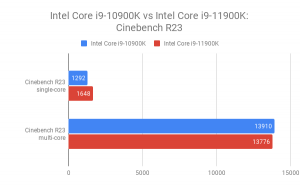 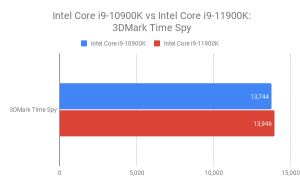 The new Intel processors will support up to 20 CPU PCIe 4.0 lanes, while also including the enhanced integrated graphics in the form of Intel Xe. The latter means that any desktop processor with Xe graphics will be capable of gaming without a graphics card, albeit at low performance settings.

Other features include DDR4-3200 support, new overclocking features and support for Resizable BAR.