How to enable voice control for Deezer on Apple HomePod speakers 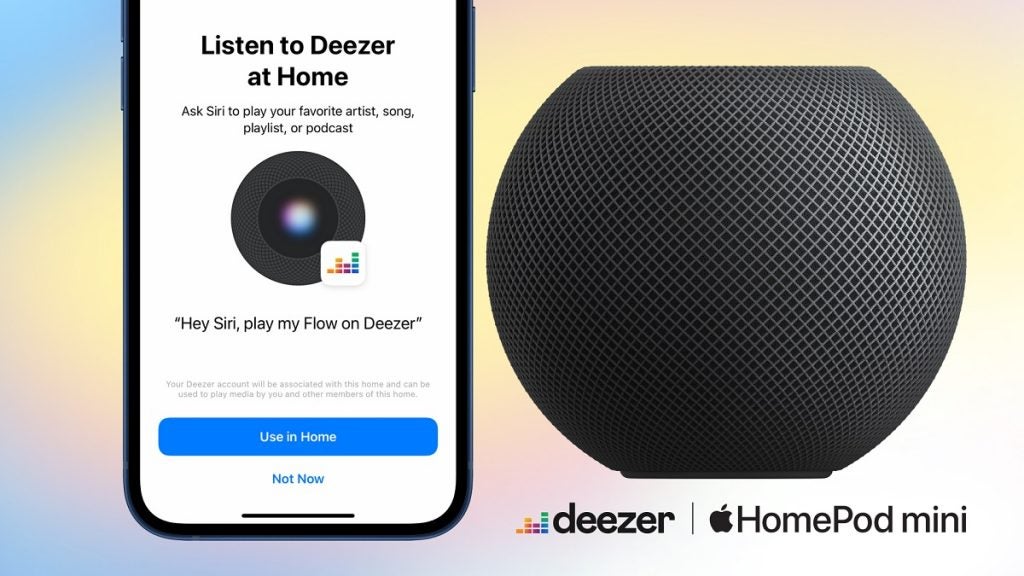 According to analytics conducted by Adobe Research, 70% of smart speaker owners use voice control to regularly plays music. Given that figure comes from 2018 (which feels a long time ago now), that’s unlikely to have changed given how prominent smart speakers now figure in people’s lives.

Given Apple’s rather restrictive controls over third-party apps that access to its products, Deezer is one of a few streaming services it allows to play music directly to iOS devices. You can set Deezer as your default music streaming service for Apple devices, and ask Siri to play any track from Deezer’s 73 million strong library.

Paying subscribers with iOS 14.3 and above on their device, as well as the latest software on the HomePod can use this feature. Enabling voice control also allows for playback of specific tracks, artists, albums, favourites or playlists. If Deezer isn’t you default music streaming service on iOS, you’ll need to make sure to say “on Deezer” at the end of every command. For example, “Hey Siri, play Bad Bunny on Deezer”.

So, enough waffling from us. It’s time to figure out how to get voice control enabled with Deezer on Apple HomePod speakers.

In order to use voice control, you will need to connect your Deezer to the HomePod. If you have a free Deezer account though, you can’t use Siri integration.

And that is that. It really is that simple. With Deezer and the HomePod speaker synced, if you’re on the Deezer HiFi plan, you can play tracks in high fidelity audio (that’s FLAC lossless) and have Siri fling the music to your HomePod speaker

In terms of availability, the Deezer on HomePod and HomePod mini feature has rolled out to Australia, Canada, France, Germany, Japan, Mexico, Spain, UK and USA.

Einride preps for a US expansion, Argo AI reveals its lidar specs and a Tesla Autopilot reality check – TechCrunch