Sweden’s Exeger, which for over a decade has been developing flexible solar cell technology (called Powerfoyle) that it touts as efficient enough to power gadgets solely with light, has taken in another tranche of funding to expand its manufacturing capabilities by opening a second factory in the country.

The $38 million raise is comprised of $20M in debt financing from Swedbank and Swedish Export Credit Corporation (SEK), with a loan amounting to $12M from Swedbank (partly underwritten by the Swedish Export Credit Agency (EKN) under the guarantee of investment credits for companies with innovations) and SEK issuing a loan amounting to $8M (partly underwritten by the pan-EU European Investment Fund (EIF)); along with $18M through a directed share issue to Ilija Batljan Invest AB.

The share issue of 937,500 shares has a transaction share price of $19.2 — which corresponds to a pre-money valuation of $860M for the solar cell maker.

Back in 2019 SoftBank also put $20M into Exeger, in two investments of $10M — entering a strategic partnership to accelerate the global rollout of its tech and further extending its various investments in solar energy.

The Swedish company has also previously received a loan from the Swedish Energy Agency, in 2014, to develop its solar cell tech. But this latest debt financing round is its first on commercial terms (albeit partly underwritten by EKN and EIF).

Exeger says its solar cell tech is the only one that can be printed in free-form and different colors, meaning it can “seamlessly enhance any product with endless power”, as its PR puts it.

So far two devices have integrated the Powerfoyle tech: A bike helmet with an integrated safety taillight (by POC), and a pair of wireless headphones (by Urbanista). Although neither has yet been commercially launched — but both are slated to go on sale next month.

Exeger says its planned second factory in Stockholm will allow it to increase its manufacturing capacity tenfold by 2023, helping it target a broader array of markets sooner and accelerating its goal of mass adoption of its tech.

More device partnerships are slated as coming this year. 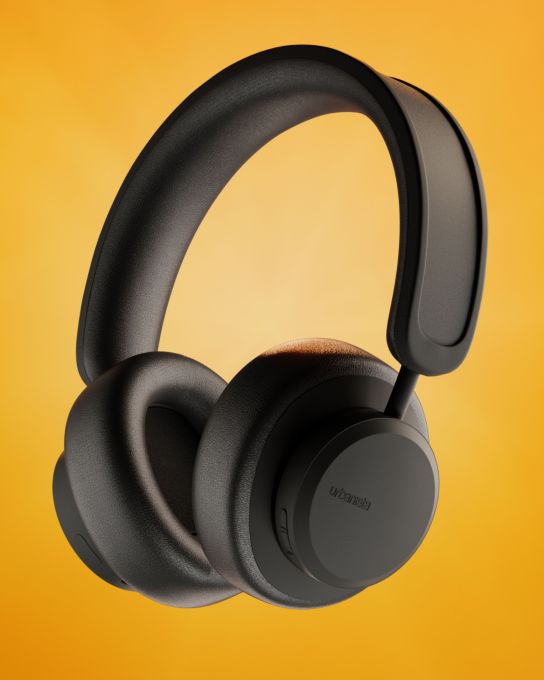 “We don’t label our rounds but take a more pragmatic view on fundraising,” said Giovanni Fili, founder and CEO. “Developing a new technology, a new energy source, as well as laying the foundation for a new industry takes time. Thus, a company like ours requires long-term strategic investors that all buy into the vision as well as the overall strategy. We have spent a lot of time and energy on this, and it has paid off. It has given the company the resources required, both time and money, to bring an invention to a commercial launch, which is where we are today.”

Fili added that it’s chosen to raise debt financing now “because we can”.

“The same answer as when asked why we build a new factory in Stockholm, Sweden, rather than abroad. We have always said that once commercial, we will start leveraging the balance sheet when securing funds for the next factory. Thanks to our long-standing relationship with Swedbank and SEK, as well as the great support of the Swedish government through EKN underwriting part of the loans, we were able to move this forward,” he said.

Discussing the forthcoming two debut gizmos, the POC Omne Eternal helmet and the Urbanista Los Angeles headphones — which will both go sale in June — Fili says interest in the self-powered products has “surpassed all our expectations”.

“Any product which integrates Powerfoyle is able to charge under all forms of light, whether from indoor lamps or natural outdoor light. The stronger the light, the faster it charges. The POC helmet, for example, doesn’t have a USB port to power the safety light because the ambient light will keep it charging, cycling or not,” he tells TechCrunch.

“The Urbanista Los Angeles wireless headphones have already garnered tremendous interest online. Users can spend one hour outdoors with the headphones and gain three hours of battery time. This means most users will never need to worry about charging. As long as you have our product in light, any light, it will constantly charge. That’s one of the key aspects of our technology, we have designed and engineered the solar cell to work wherever people need it to work.”

“This is the year of our commercial breakthrough,” he added in a statement. “The phenomenal response from the product releases with POC and Urbanista are clear indicators this is the perfect time to introduce self-powered products to
the world. We need mass scale production to realize our vision which is to touch the lives of a billion people by 2030, and that’s why the factory is being built now.”