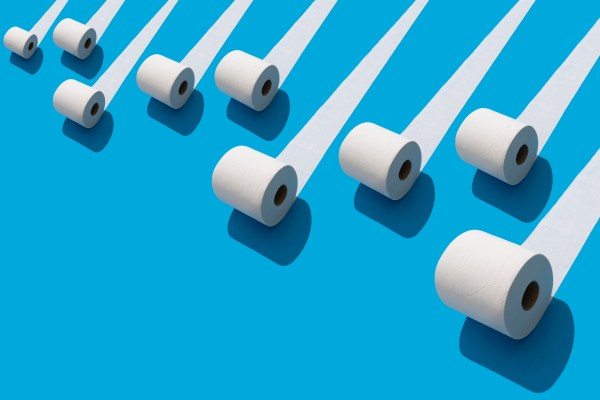 Alanna is a marketing executive who is currently serving as vice president of growth and digital at Hairstory. She previously founded VIVE Lifestyle (YC S15) and was an AVP at Barclays Capital.

This year is all about the roll-ups. No, not those fruity snacks you used to find in your lunchbox; roll-ups are the aggregation of smaller companies into larger firms, creating a potentially compelling path for equity value.

Right now, all eyes are on Thrasio, the fastest company to reach unicorn status, and its cadre of competitors, such as Heyday, Branded and Perch, all vying to become the modern model of consumer packaged goods (CPG) companies.

Making things even more interesting, famed investor and operator Keith Rabois recently announced that he too is working on a roll-up concept called OpenStore with Atomic co-founder Jack Abraham.

Like any investment firm, to be successful, a roll-up should have a thesis or two providing it with a cohesive strategy across its portfolio.

Thrasio has been reaping the benefits of the e-commerce market’s Cambrian explosion in 2020, in which over $1 billion of capital was invested in firms on a mission to acquire independent Amazon sellers and brands.

This catalyst can be attributed to a few key factors, the first and most notable being the pandemic accelerating spending on Amazon and e-commerce more broadly. Next is the low cost of capital, a reflection of interest rates making markets flush with cash; this has made it easier to raise both equity and debt capital.

The third is the emerging and quantifiable proofs of concept: Thrasio is one of several raising hundreds of millions of dollars, and Anker, a primarily Amazon-native brand, went public. Both stories have provided further validation that a meaningful brand can be built on top of Amazon’s marketplace.

Still, the interest in creating value through e-commerce brands is particularly striking. Just a year ago, digitally native brands had fallen out of favor with venture capitalists after so many failed to create venture-scale returns. So what’s the roll-up hype about?

Roll-ups are another flavor of investing

Roll-ups aren’t a new concept; they’ve existed for a while. In the offline world, roll-ups often achieve much greater exit multiples, known as “multiple arbitrage,” so it’s no surprise that the trend is making its way online.

Historically, though, roll-ups haven’t been all that successful; HBR notes that more than two-thirds of roll-ups fail to create value for investors. While roll-ups are often effective at building larger companies, they don’t always increase profits or operating cash flows.

E-commerce could present a new and different opportunity, or at least that’s what investors and smart money are betting on. Let’s explore how this new wave of roll-ups is approaching both growth and value creation.

Channel your enthusiasm: Why every roll-up needs a thesis

Like any investment firm, to be successful, a roll-up should have a thesis or two providing it with a cohesive strategy across its portfolio. There are a few that are trending in this particular wave.

On the downside, these companies become reliant on this distribution strategy and any changes could create vulnerabilities for their portfolio companies. As a study, let’s take a look at how two companies take different approaches:

Ditching Wear OS is the right call for the OnePlus Watch

The Game launches on Nintendo Switch on 1st April, three years after being announced – My Nintendo News