It wouldn’t be Bang & Olufsen if they weren’t doing something audacious, and in the Beosound Emerge they’ve made a wireless speaker that’s impressively distinctive.

Its slim look is designed to stand seamlessly in the home, whether that’s in full view or tucked away in your bookcase with your (actual) literary favourites. The speaker’s side panels wrap around the speaker like a book cover, while on the front there’s Bang & Olufsen’s logo mimicking the way the spine of a book bears an author’s name. 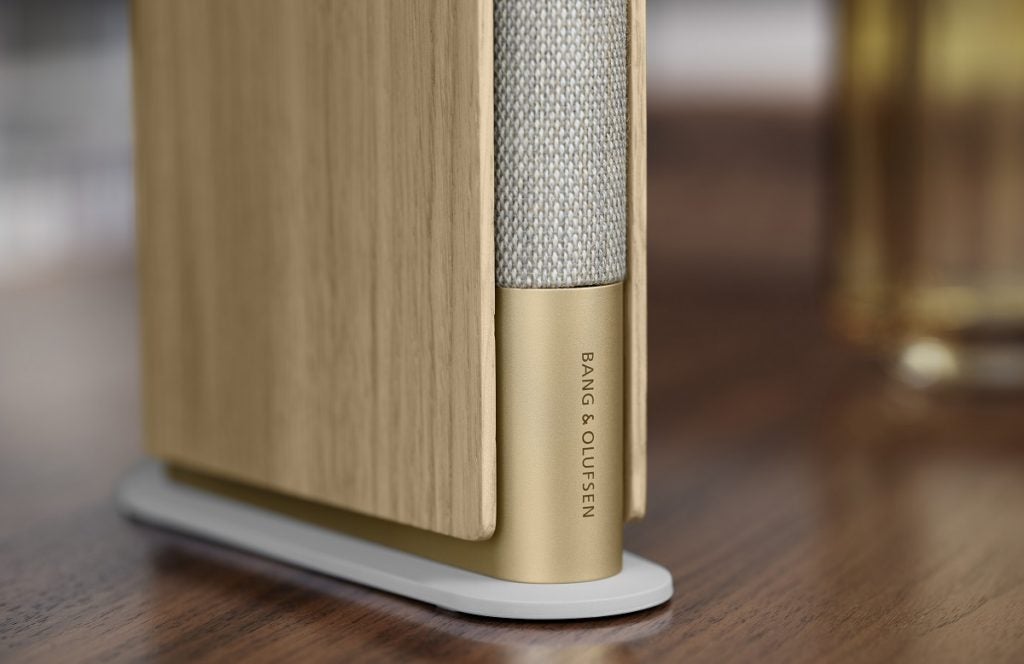 Considering it’s B&O, it looks resplendent and has been manufactured using natural materials. The Gold Tone version features an oak wood cover (of course) that wraps around the woven Kvadrat textile on its spine. The finish for that speaker is pearl-blasted aluminium that’s been anodised in gold tone, while there’s also the choice of a high-grade aluminium Black Anthracite finish with a pearl-blasted grill.

Buttons are integrated via the top of the speaker an only need a soft touch for activation, with users able to pause audio, change tracks and access their favourite radio stations/playlists. Volume control is done performing a circular motion to adjust up or down for “smooth and sensory interaction”. 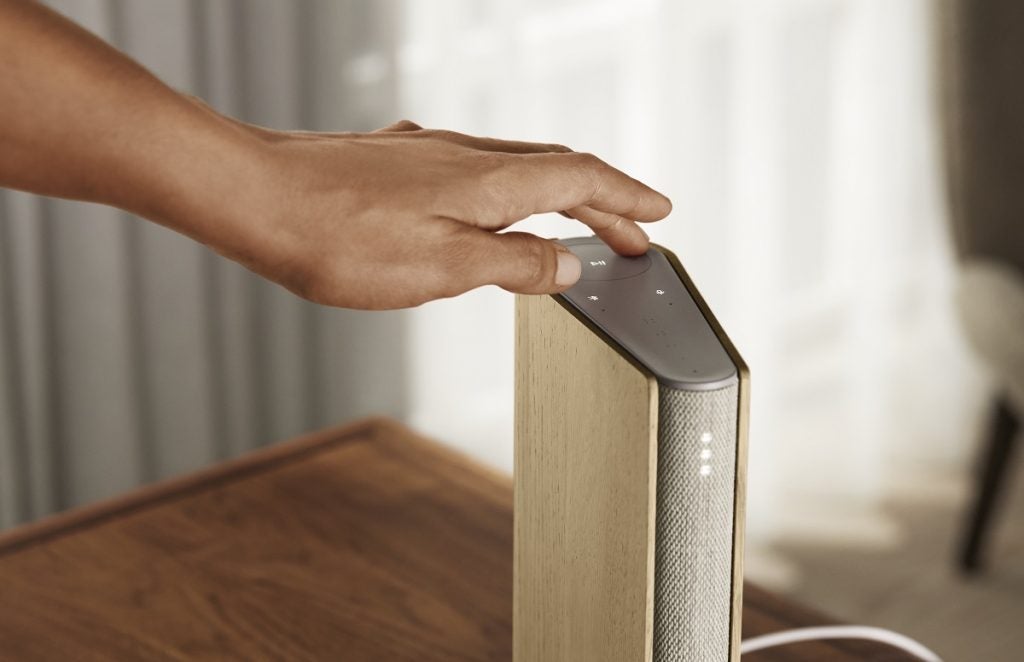 The Emerge’s sound is powered by a 37mm midrange driver mounted at an angle, firing sound from the speaker’s front alongside a 14mm soft dome tweeter. Around the back there’s a 100mm side-firing woofer, and this speaker configuration is enough – according to B&O – to disperse sound widely and fill a room. Low frequencies are claimed to be improved by the presence of the speaker’s built-in active room compensation technology that adapts the sound to account for the speaker’s positioning.

The Beosound Emerge also adheres to Bang & Olufsen’s commitment to longevity for its products. It incorporates a modular design so it can receive new performance and features should you wish to upgrade. So, for example, if you want to change the connectivity options – you can; ensuring the wireless speaker is up to date with the modern standards.

Stereo pairing is supported, and the Emerge can be used to complement an existing B&O speaker such as the Beoplay A9, Beosound Balance or any other Bang & Olufsen Connected Speakers. Multi-room support is available in AirPlay 2 and Chromecast (Google Assistant) support, while B&O will add its proprietary Beolink connection via an over-the-air update autumn 2021. Other connectivity options include Bluetooth 5.0, an Ethernet LAN socket and a line-in/Optical combi jack.