An Apple HomePod smart display would be a guaranteed winner


Apple is working on a new HomePod device with an iPad-like screen, to challenge Facebook, Google and Amazon, according to reports. Chris Smith argues it’d be a surefire hit for the iPhone-maker.

Apple surprisingly discontinued the original HomePod earlier this month, and now we may know why. A new report suggests Apple is developing a smart display in the vein of the Amazon Echo Show.

A report from the reliable Bloomberg reporter Mark Gurman mentioned – almost in passing – that Apple has “been developing new speakers with screens and cameras.”

The report was largely about unrealised features available in the recently-announced HomePod mini speaker, which has been very well received, unlike its predecessor. Gurman points out that it contains a temperature and humidity sensor, which is yet to be activated for whatever reason.

However, hints that Apple is working on a rival to the Echo Show, Nest Home Hub and Facebook Portal devices is unquestionably the bigger news here. Gurman does say the device isn’t imminent, or even guaranteed to launch at all. However, the prospect has me particularly enthused.

The device would effectively be an iPad attached to a good Wi-Fi/Bluetooth speaker and could enable buyers to access a modified iPadOS (perhaps with a little tvOS sprinkled in) designed to show smart home controls and easy access to media controls and important notifications via touch and voice controls.

Apple’s Today screen and the Siri suggestions interface already do a good job of surfacing the most timely and pertinent information to users, and that’s before you get into the existing usefulness of Siri voice commands.

From HomePod to HomeScreen?

Apple has already shown it can nail the speaker part of the equation because the HomePod is arguably one of the best-sounding smart speakers on the market. Meanwhile, the iPad remains the undisputed king of the tablet market. Combining the two would be a guaranteed recipe for success, if Apple doesn’t push the price too high. A mistake it made with the original HomePod, but rectified with the HomePod mini.

The report mentions the device could have cameras and that’s fine by us too. Apple has proved over the years that FaceTime is an extremely reliable and privacy-focused video and audio service and it’s more widely used than other services from Amazon and Google. We can envisage being on the move and having a FaceTime chat with our families and partners cooking dinner from their kitchen, or vice-versa. 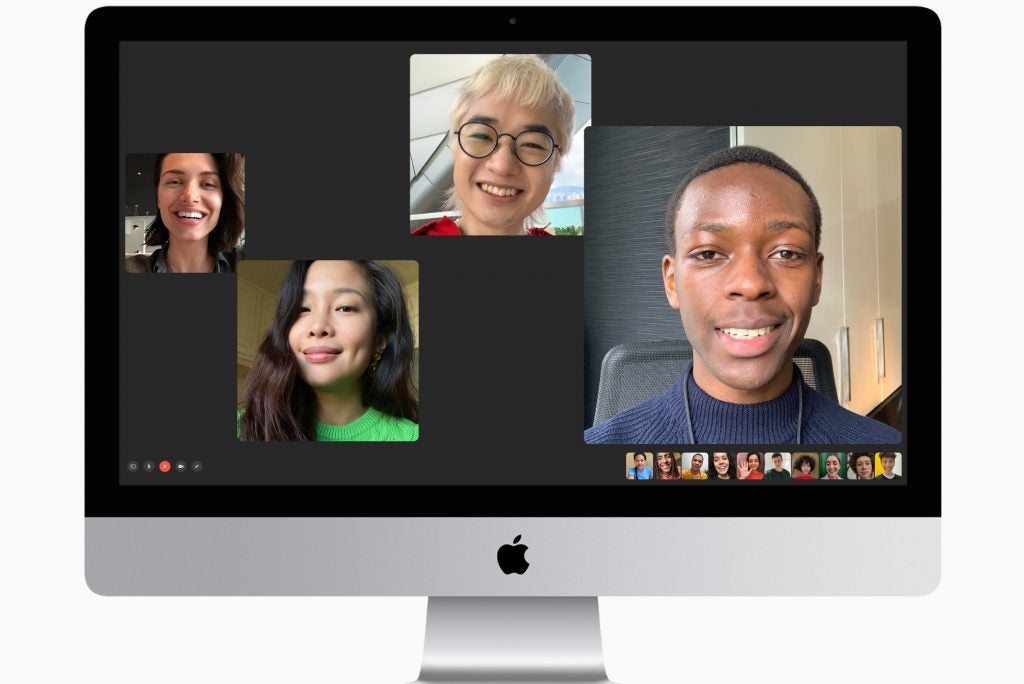 We can imagine looking at a recipe on our iPhones and easily AirDropping it to the…. let’s call it the HomePod Pro display in the kitchen. Of course, we could receive updates from the Reminders app, and enjoy the ability to accept audio calls as we already can on the Mac and iPad platforms. It would also offer a fine dashboard for the Apple Health app (privacy concerns notwithstanding), as well as other stock tools like Home, Calendar, Mail, Maps, Stocks, Podcasts, Weather, News, Photos, Music, TV, Find My and so many more first- and third-party apps.

Apple’s recent work with Live Widgets in iOS 14 would also give it a leg-up here, with users able to see updates from their favourite apps without refreshing or grabbing their iPhone. Because the device would be powered continually by the mains, there’d be no battery woes either.

Apple’s business model, as has been discussed by the company ad nauseam, doesn’t revolve around a) your personal data or b) selling you anything, so we’d be much more comfortable from a privacy perspective than we are with the likes of Amazon, Google and Facebook and cannot boast the same ethos.

In fact, there’s little downside to Apple getting in on this action, with the smart display becoming a reliable hub for others users may have in their ecosystem.

However, such a device would still face challenges. Apple HomeKit doesn’t have quite the same ecosystem depth as the Google Assistant and Amazon’s Alexa, for starters. Siri doesn’t have as many third-party Skills as Alexa, while Siri also lacks the power of Google Search to field questions.

It’s also possible there’s a decent amount of market saturation in this field already, with the Echo Show and Nest Hub devices being around for quite a while now. The original HomePod didn’t make a massive splash, partially because Apple was really late to the smart speaker party and so many people owned Echo’s and Google/Nest Home devices, or a device like the Sonos One.

An Apple HomePod smart display would probably offer very little to Android users either, limiting its appeal beyond Apple diehards, just like its audio-only predecessor. However, this hasn’t stopped Apple in the past and we can’t envision it doing so here.

A HomePod smart display would be a guaranteed hit and we’re surprised the company hasn’t set about releasing one sooner.

Do you agree with Chris? Would you buy a HomePod smart display from Apple? Do you think it’ll come to fruition? Let us know @trustedreviews on Twitter.