Amazon Prime Video is adding a shuffle button to its library, which will enable viewers to tune into random episodes from their favourite television shows.

The button has shown up in the latest version of the Prime Video player for Android devices, after a period of testing during 2020.

The feature, first noted by Android Police, is somewhat limited though. You can only shuffle episodes in a single season, so it’s not quite like putting the greatest hits album on shuffle, for instance.

Amazon’s launch of the shuffle button is significant given Netflix is currently testing a similar feature, with plans for a global rollout. In January, the streaming giant said “shuffle play” option would arrive in the first half of 2021. 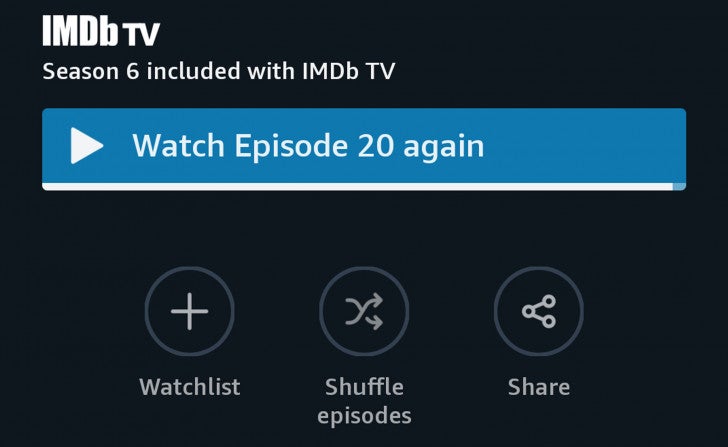 Netflix’s use of shuffle is a set to be a little broader than Amazon’s, which will require users to specify a show and a season. Viewers will be able to access the button from the home screen and will be able to by-pass the browsing process entirely. The only drawback is, there’s a good chance you’ll find yourself watching something you’re not really that interested in.

The company recently said: “It’s really working for us where our members can basically indicate to us that they just want to skip browsing entirely, click one button and we’ll pick a title for them just to instantly play. And that’s a great mechanism that’s worked quite well for members in that situation.”

Do you think you’ll spend much time using the shuffle buttons on Netflix and Prime Video? Or does another Friday night of aimless scrolling await? Let us know @trustedreviews on Twitter.